I’ve been taking photographs since I was ten years old. Photography from the start was something magical for me, transferring reality onto paper with my own hands. It gradually became a record of time, then a tool for describing my version of reality to others. It was also a key whereby an image could jog my memory bringing back the situation in which I took the photograph. Eventually it became a way of explaining my presence and a means of gaining access.

I’m interested in people and photography is an act that incites curiosity. It facilitates communication and the relationships that ensue. The images that I took were at first solitary, then they became a series, then later a body of work, interacting together to tell a story, opening up the potential of saying something and, above all, of being heard. By increasing public awareness of a particular issue, my photography could be subversive, putting the belligerents in the spot light and, if I was lucky, in a tight spot. For example, by exposing through photography and text the appalling conditions in which people were living within a Greek psychiatric institution, a parliamentary debate was triggered and as a result a committee has since been set up to monitor other such places around the country.

Before I knew it, I was a photojournalist, producing images to be sold to the highest bidder, rushing off around the world, depicting and denouncing, with various degrees of success, horror and suffering in all shapes and sizes. But contained within these subjects, however, people were in danger of getting muddled up – Liberian child fighters, Malagasy street kids, Chechen refugees, Ecuadorian prostitutes, Greek, Czech, Romanian or Irish Roma. My photography was taking on a pattern, a monotonous efficiency and I was quickly loosing touch with the reasons why I had taken it up in the first place. I got tired and cynical. And then, as luck would have it, I got a wind fall, a scholarship to take whatever photographs I wanted, in any way I wanted, for as long as I wanted.

I had always wanted to go to Tajikistan but I’d never had a good enough excuse to go. This time I didn’t need one. Lack of information was the country’s main attraction for me. Nobody knew where it was. Most information that did exist focused on the country’s heroin industry or its recent civil war. Very little was to be found on what Tajiks look like and how they live. My original fascination with Tajikistan came from the Great Game. At the end of the nineteenth century, Great Britain and Russia were both vying to control the inhospitable and unknown regions of Central Asia. Tajikistan was at the geographic centre of this rivalry. At that time, as it is today, the country was at the heart of secret incursions and political intrigue. 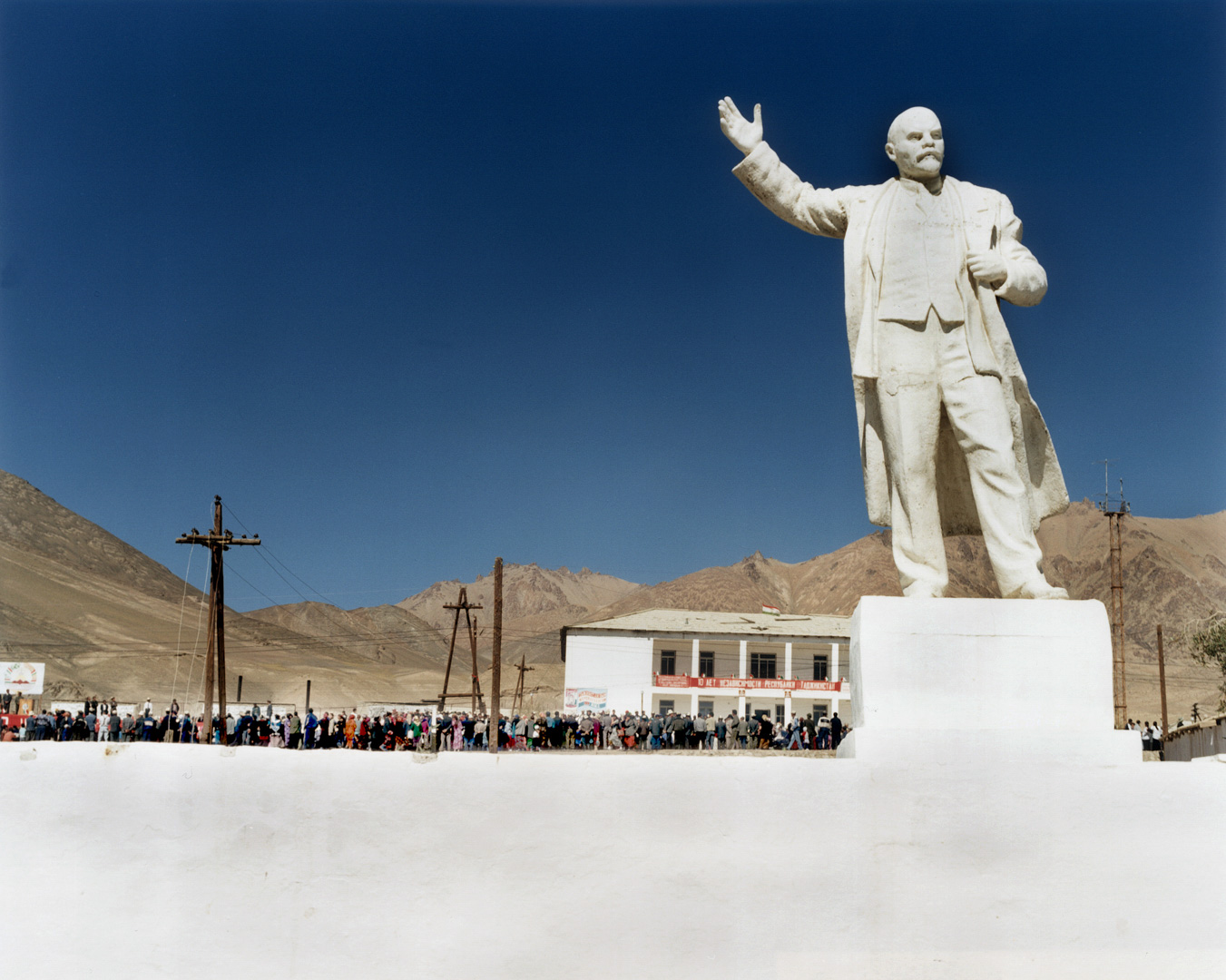 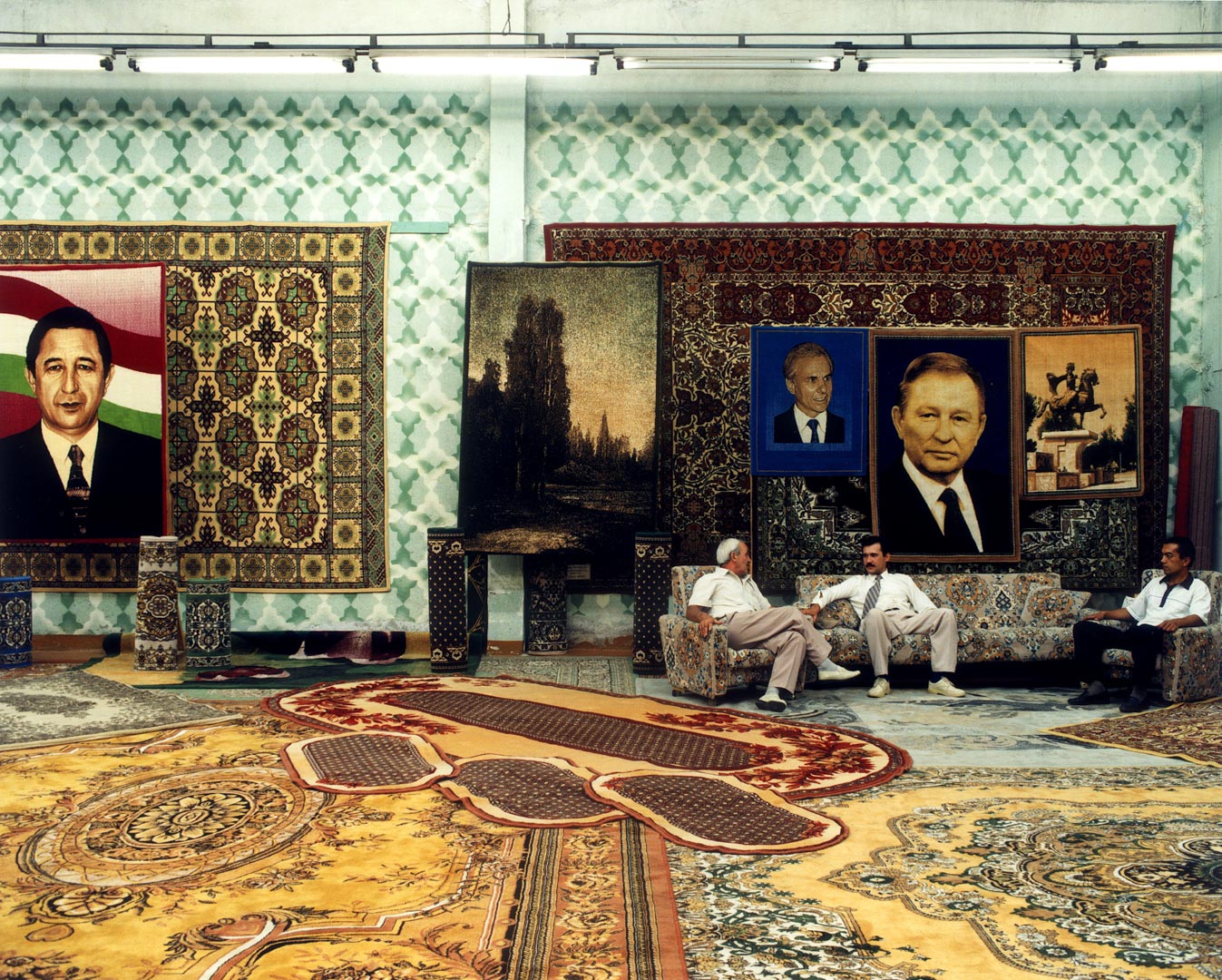 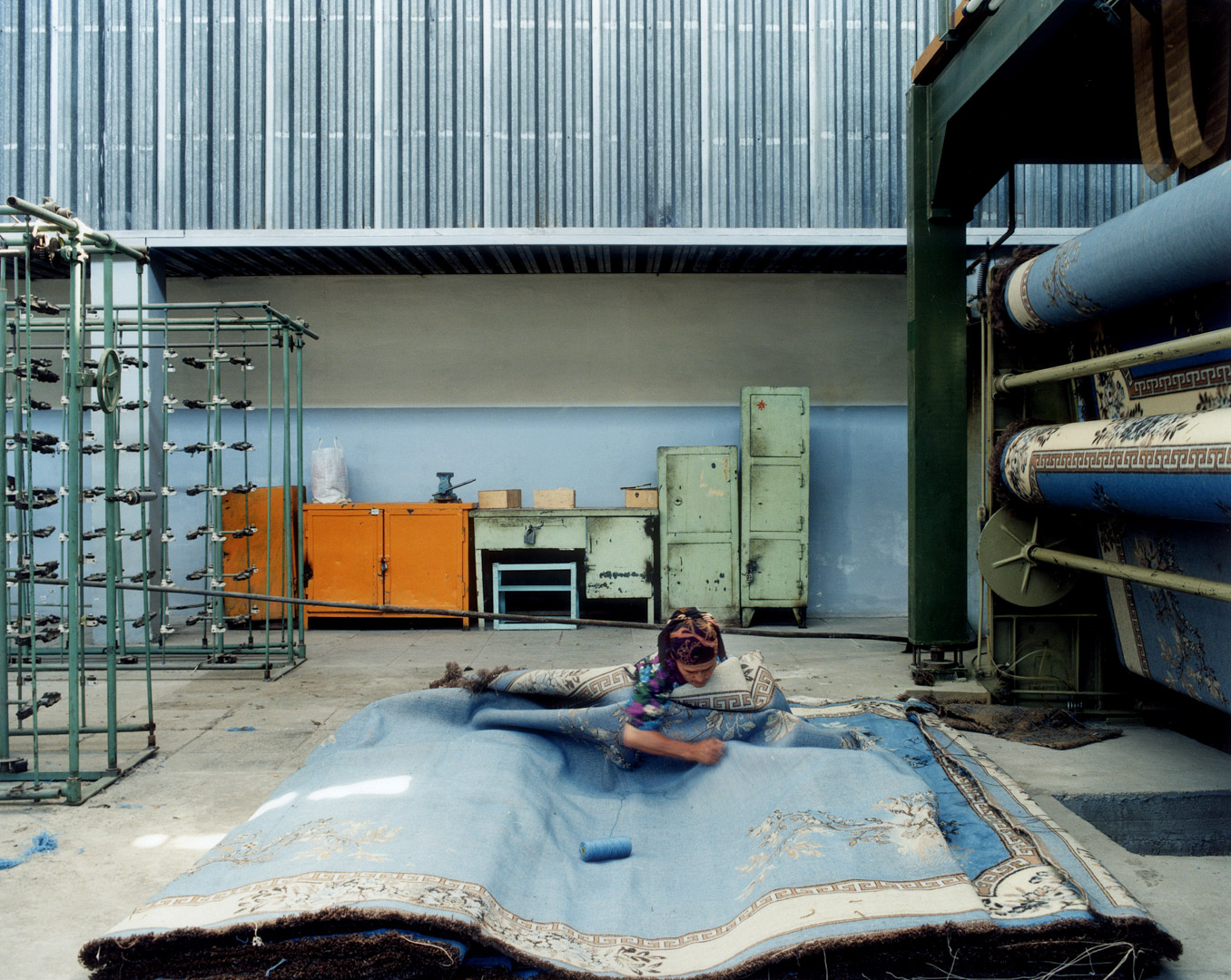 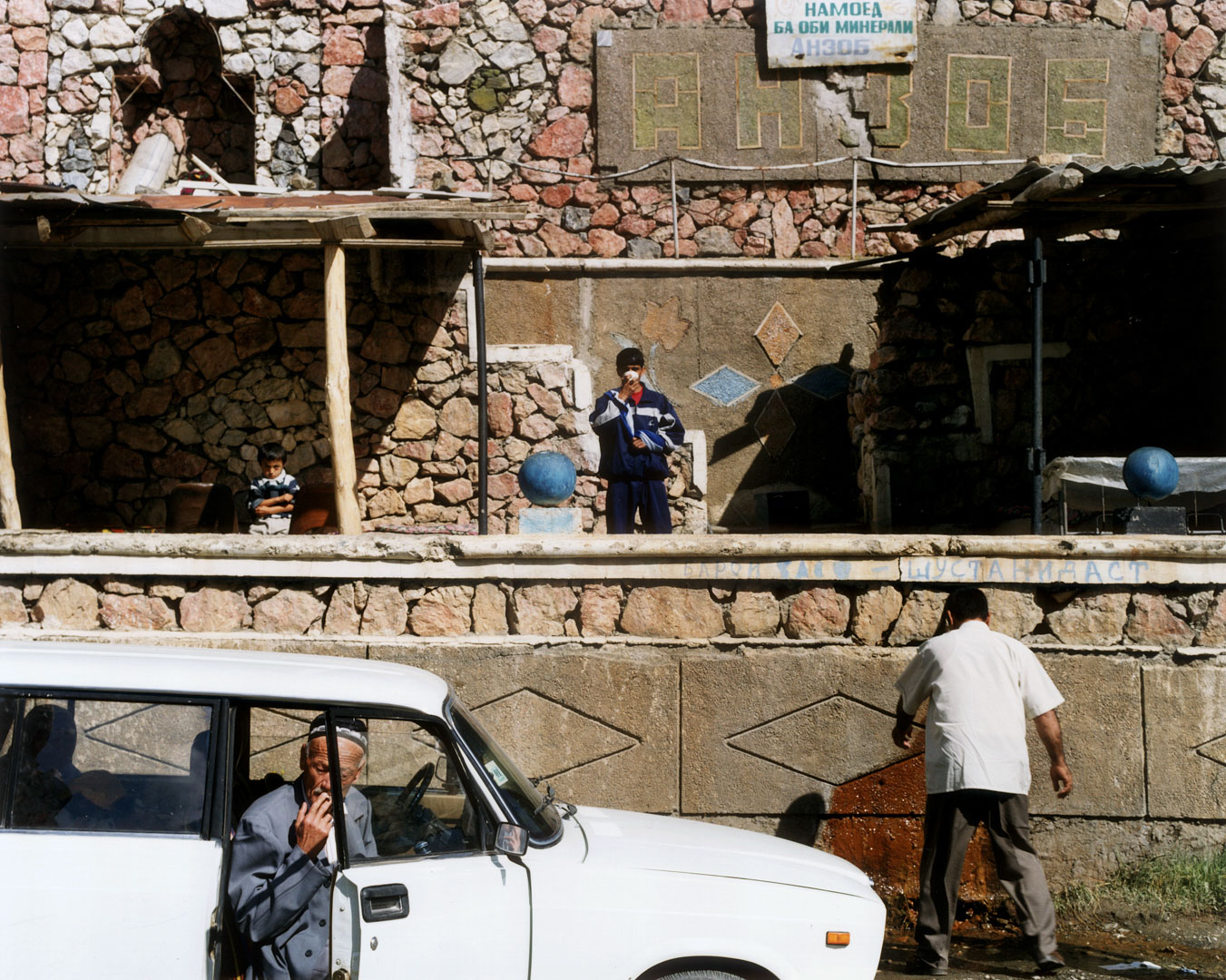 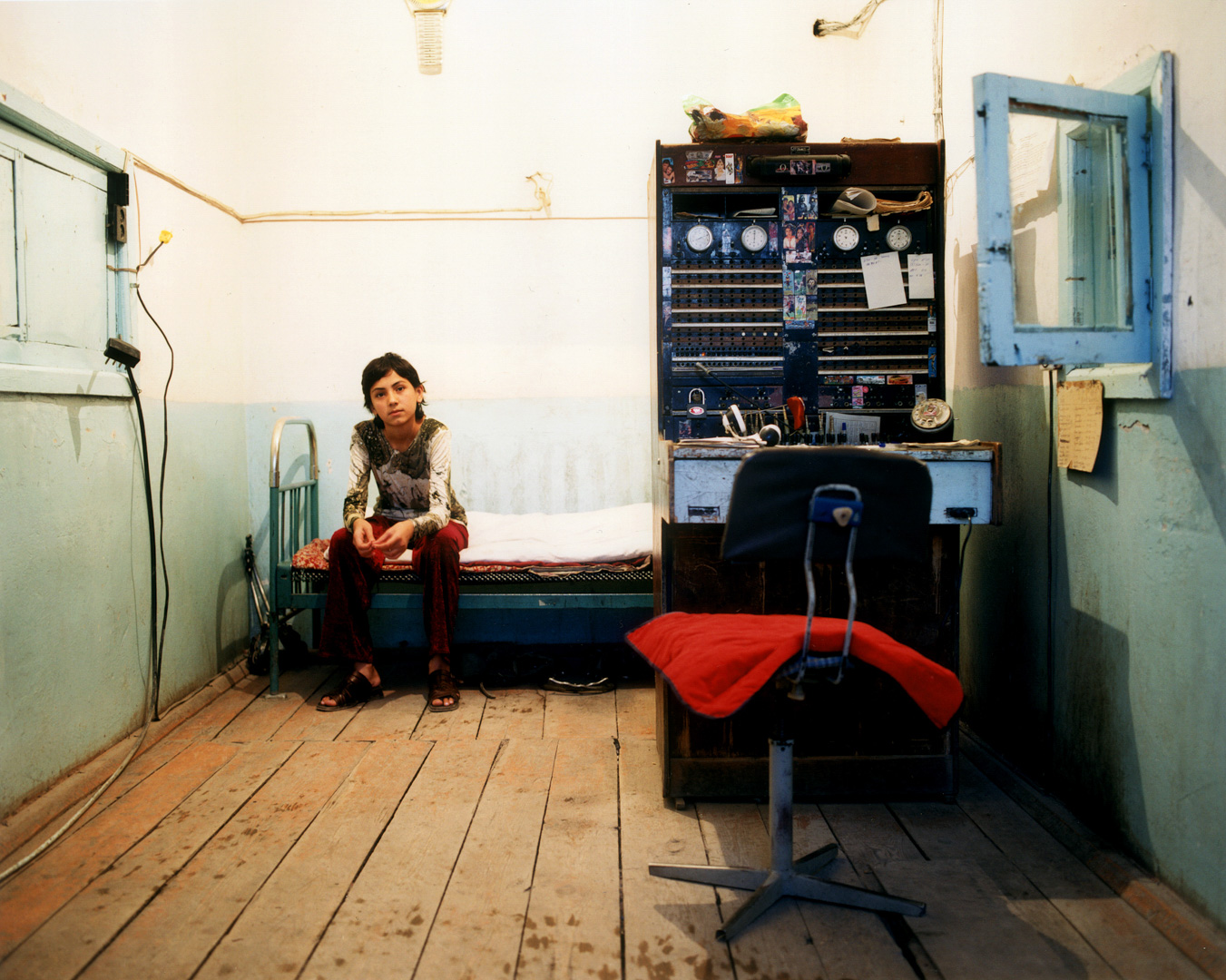 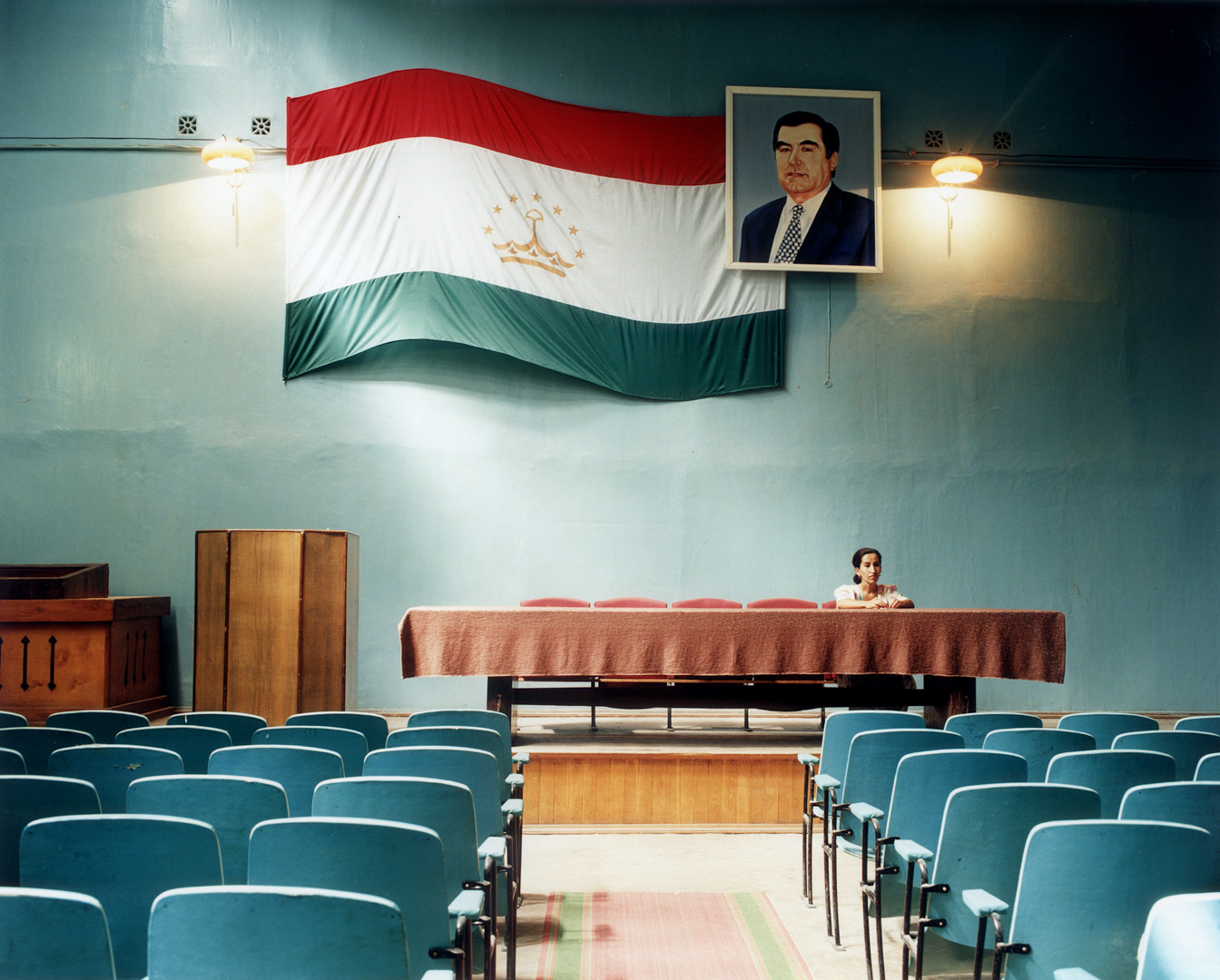 The country also has literary associations for me. I enjoy reading books by authors who have travelled in little known regions, discovering and living with people with the aim of understanding them and their language. I admire them and in my own way, I aspire to do the same.

Created in 1929 by the Soviets, Tajikistan is an artificial country, carved out of its neighbouring states. Tajikistan Weaving is intended to be a metaphor referring to the Tajiks, Uzbeks, Kyrgyz, Pamiris, Turkmen and Russians who were forcibly interwoven to form this country. Each regional group has its own way of doing things. This is manifest in their clothes, decoration, furniture and architecture. Tajiks can always tell where the other is from, whether by a hat, a handshake, the eyebrows that join in the middle, or blue eyes that avoid yours.

I always find it interesting going to someone’s house for the first time and discovering a hidden part of them, expressed through the way in which they decorate their floors and walls. Another part of the weaving aspect within this body of photographs came from a love hate relationship that I have with woven carpets. While I appreciate rugs for their fine workmanship and aesthetic qualities, outside their original nomadic context they seem to be funny obsolete objects sitting around gathering dust. They are efficient status symbols because not everyone can afford one. You need to have enough space in which to display them, then you must have the education to appreciate them.

For me, carpets epitomise many of the absurd aspects within western decoration, reminding me of our peculiar relationship with the objects that surround us.

Carpets also have a particular poignancy for me. The few moments of intimacy and companionship I shared with my father as a child were at weekends during which we went to buy carpets together. My father is a passionate collector of beautiful objects and fine art. Our house was a virtual museum; a lot of the house was out of bounds because my sister and I were not allowed to stop or play on his precious rugs.

Like most countries associated with carpet production, Tajikistan has long since stopped making traditional hand woven carpets: they can no longer be found and the tradition has died out. Nevertheless, they are present in most Tajik homes. The former Soviet Union’s main carpet factory was in Tajikistan, and it still churns out hundred’s of thousands of carpets a year. Through recurrent advertising campaigns on television and in the street, the state actively encourages all Tajiks to buy one. 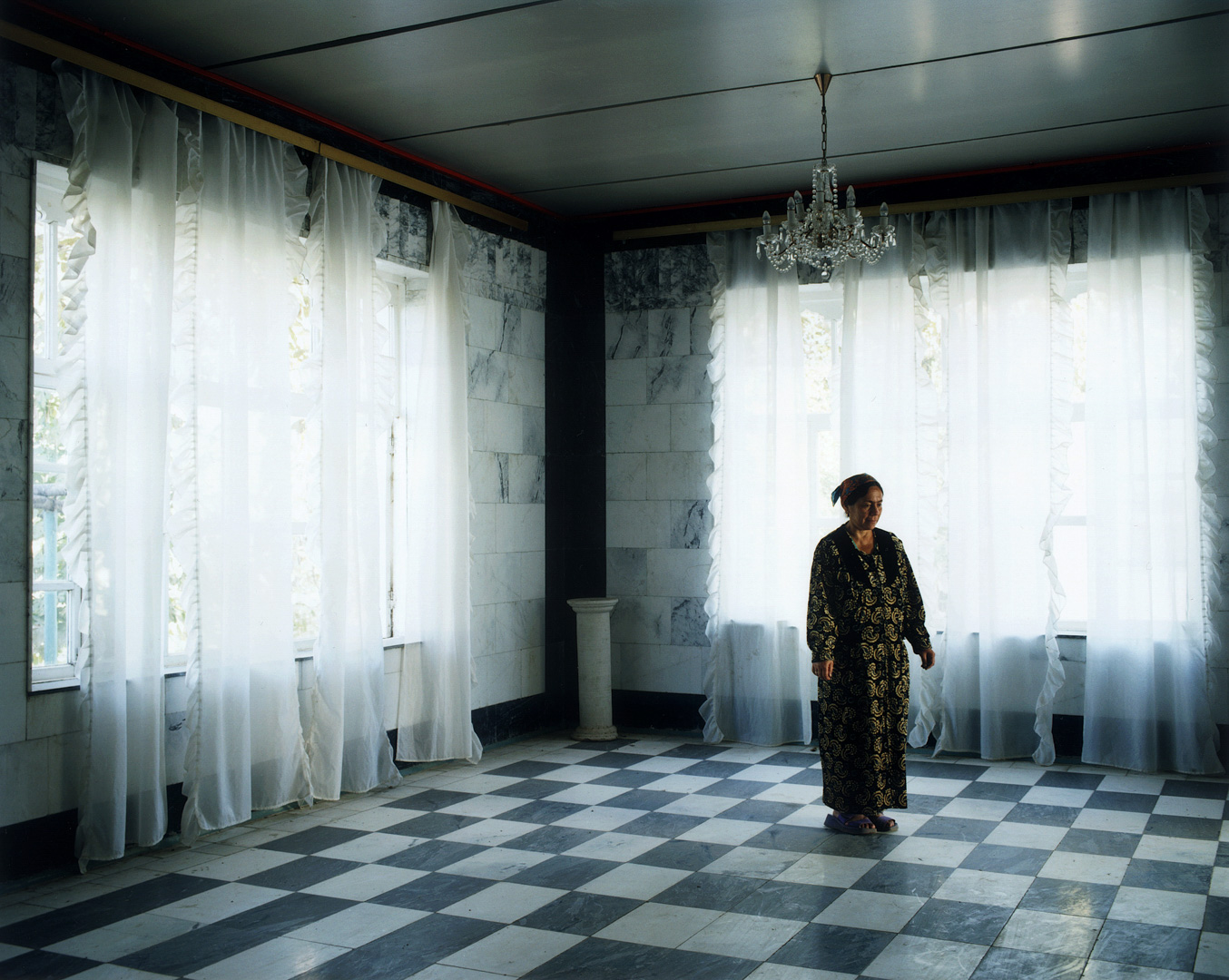 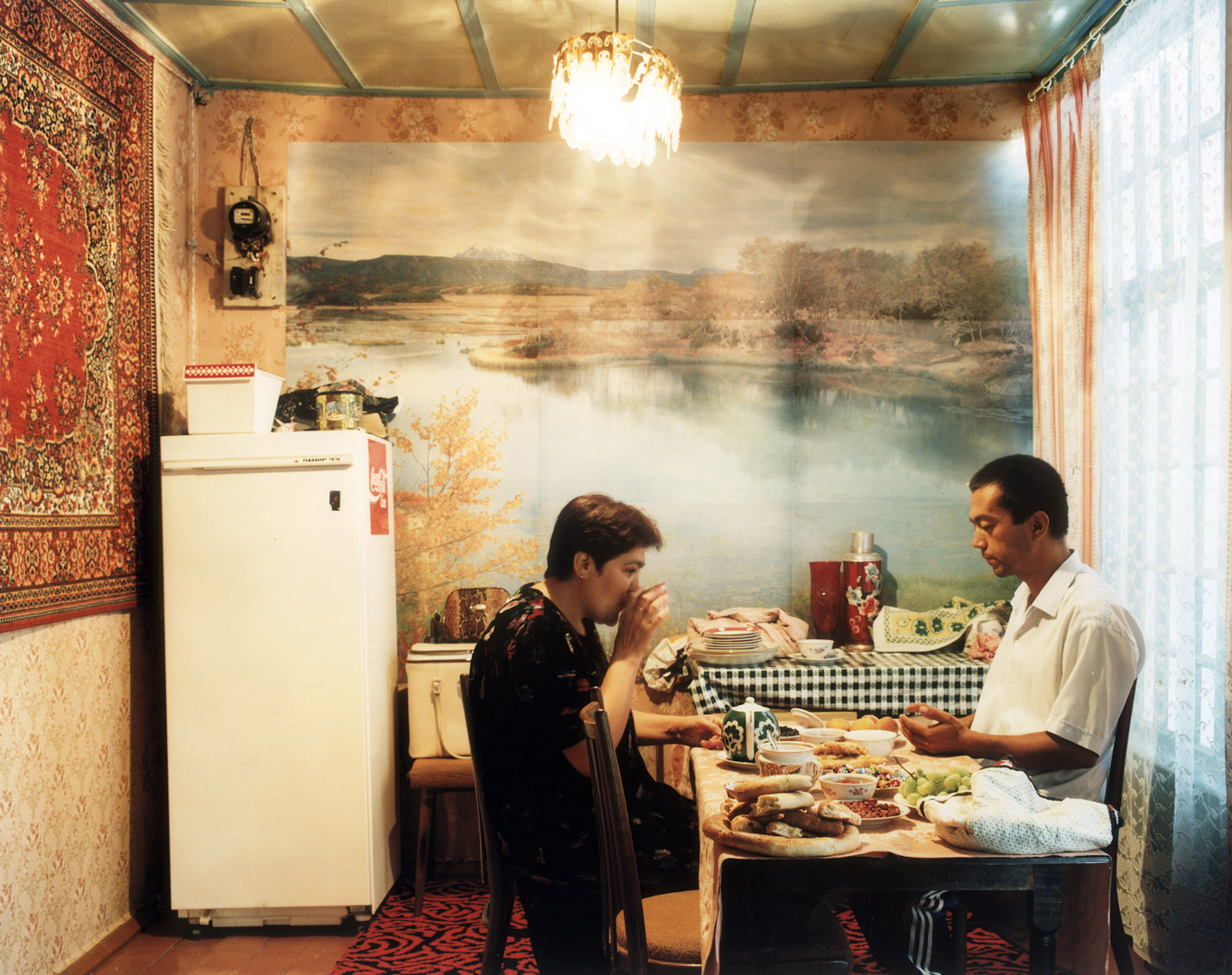 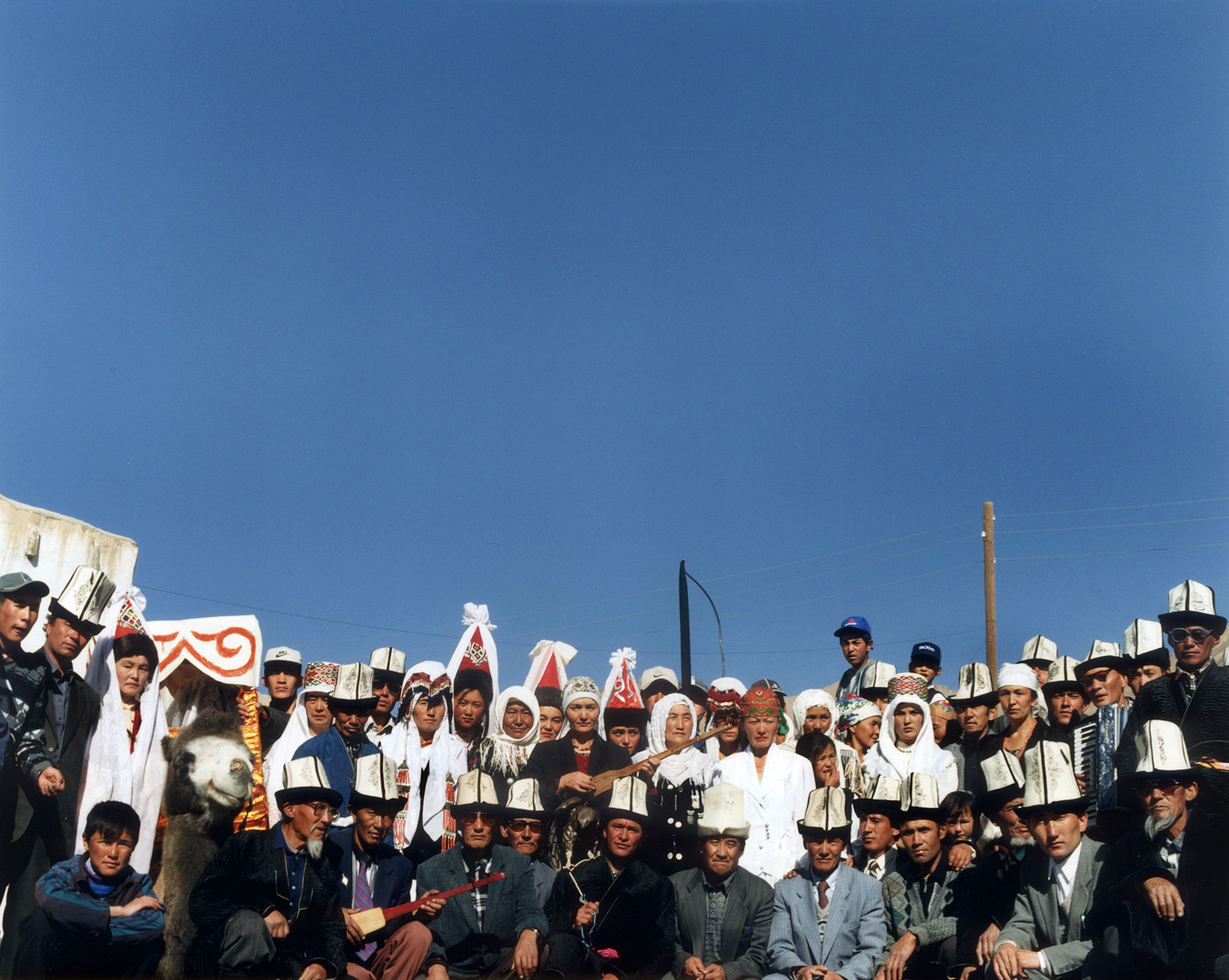 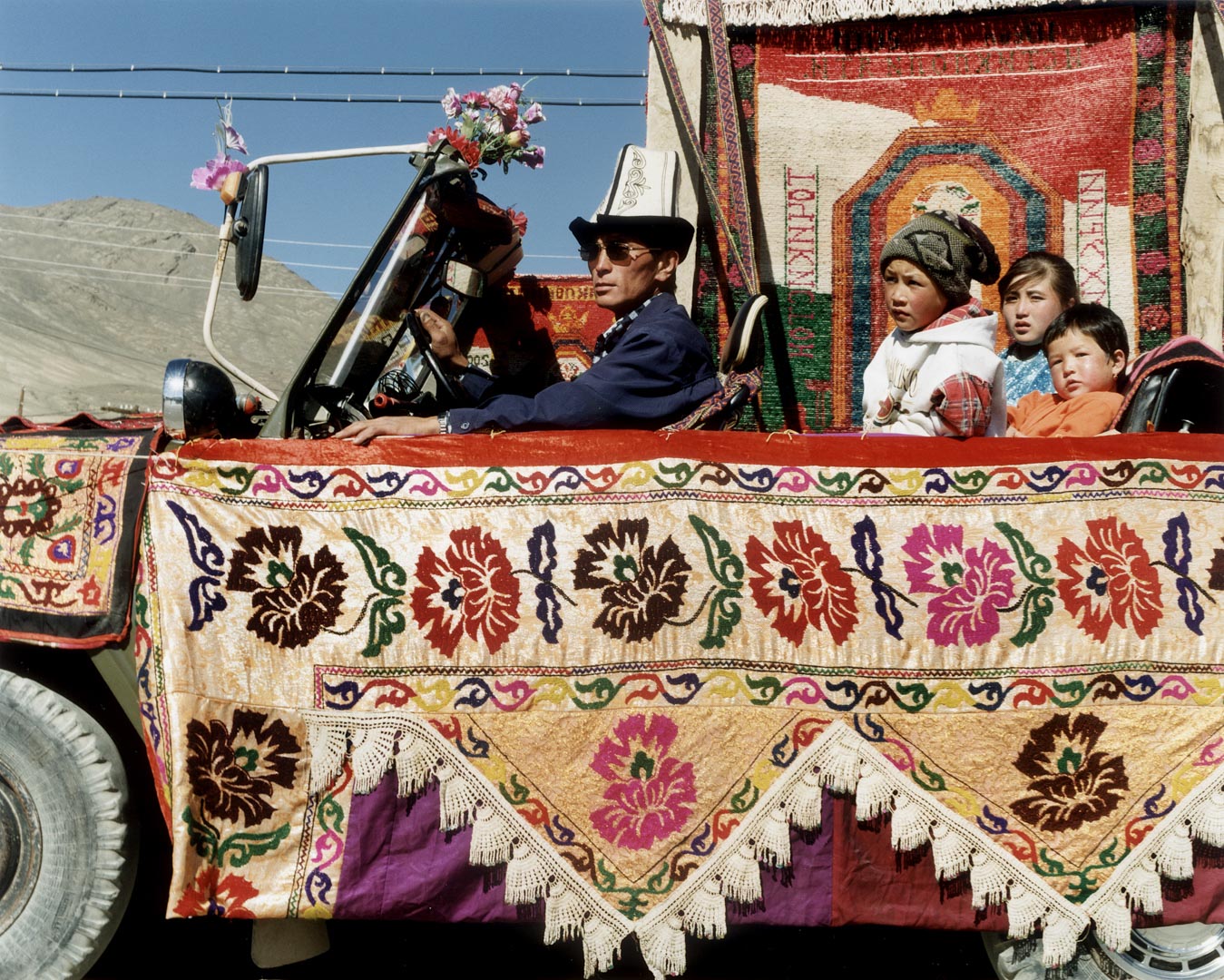 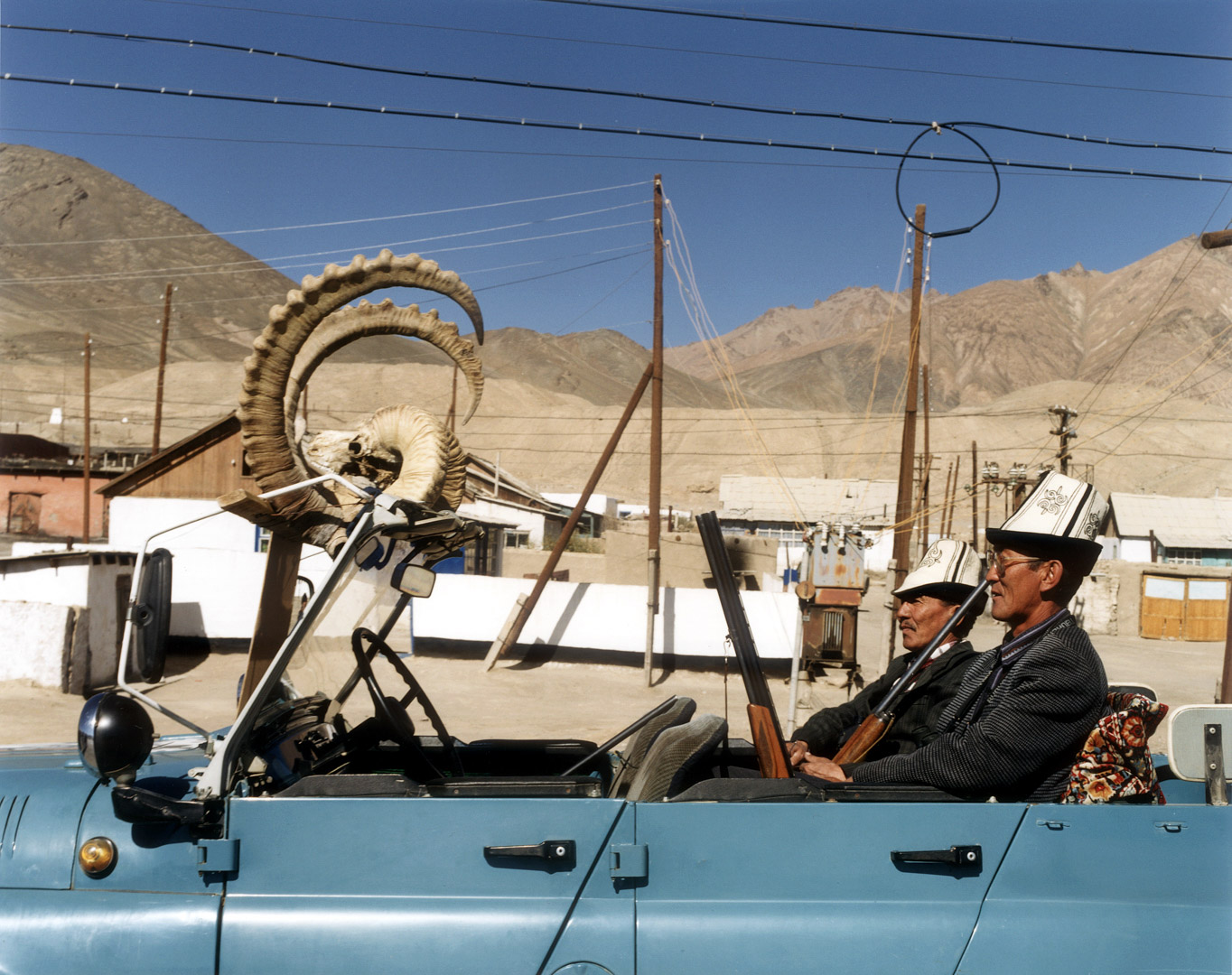 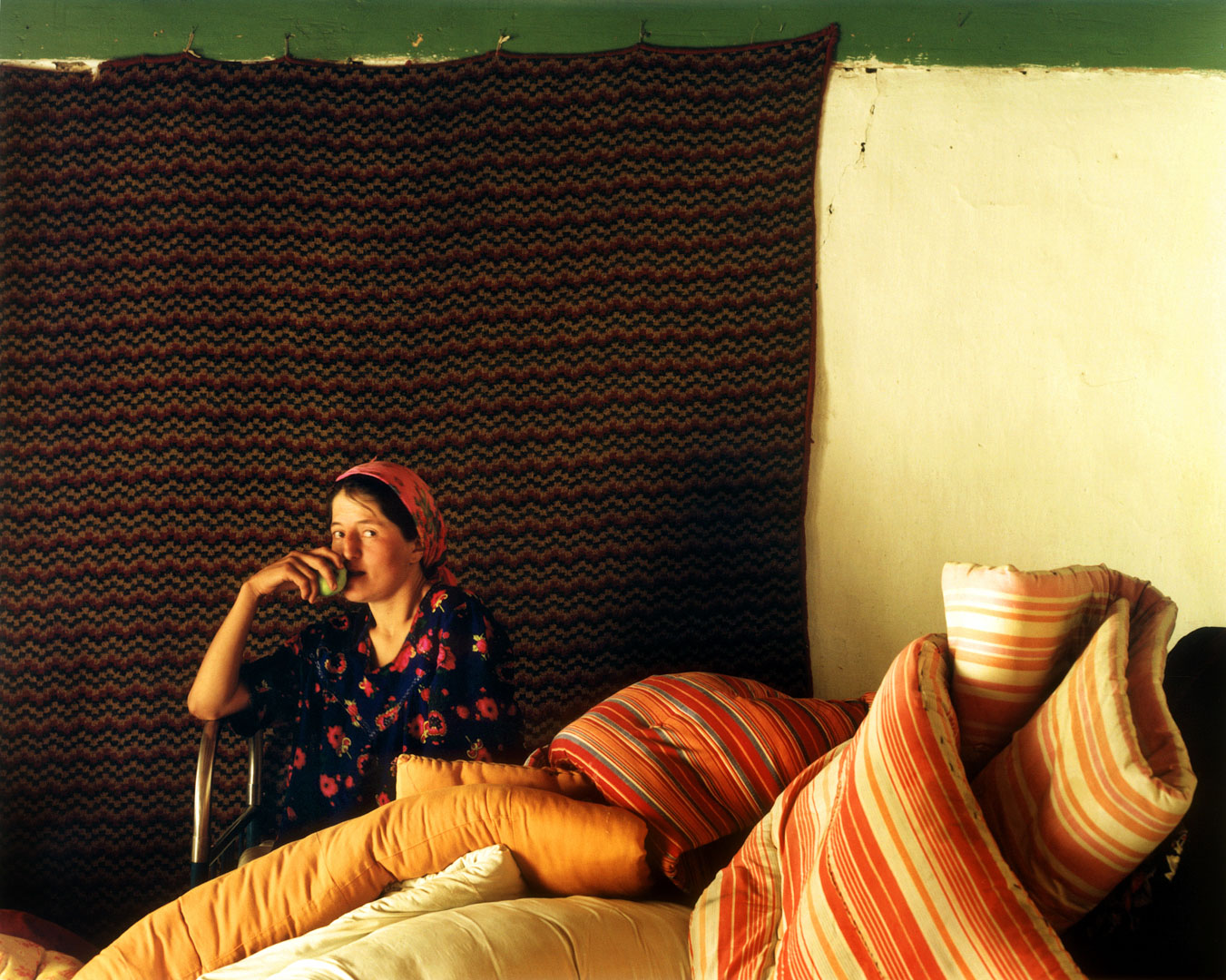 I spent almost two months in Tajikistan. I spoke no Russian, the language that everyone can understand to some degree, so I worked with translators. Public transport is erratic and roads are bad, so getting around involved hiring a driver and car. I soon realised that I needed not one, but many translators, cars and drivers. To be able to meet a young couple getting married, a Gharmi shepherd, the owner of a billiard hall, to discover a stream at the bottom of a gorge, a ruined fort, a pear orchard, but also to get through road blocks, around KGB regulations and negotiate with local leaders, I had to be accompanied by the right people, with the right social talents and contacts. These people therefore had to originate from the regions that I was crossing

There are few or no hotels in the country but Tajiks are hospitable and generous to the extreme, so I stayed with my translators’ or drivers’ friends and family. As a result, I got to know most of the people in this book well. They fed me, protected me, helped me and sheltered me.

The Tajiks are amongst the world’s poorest people today and they live in very difficult conditions. Over 50,000 died during the five year Tajik civil war that lasted from 1992 to 1997. The fighting wasn’t defined so much by religious distinctions as by regional origins. In the towns, where people from all over the country lived together, neighbours were killing neighbours and families were torn apart.

Those that bore the brunt of the ethnic cleansing that ensued were the Pamiris and Gharmis who come from the country’s more isolated mountainous regions, traditionally left out of the decision making apparatus dominated by the northerners, the Khujandis. The Kulyabis and Dangharais, who were both supported by the northerners, and at times helped by the Uzbek air force and Russians, gained the upper hand and one of their leaders, Imomali Rahmanov, is currently President of the Republic of Tajikistan. Peace is still fragile. People have not forgotten and have definitely not forgiven. From what I saw and from the stories I heard, it looks like it would take little for fighting to start again.

I used a bulky large format camera for my work in Tajikistan. I needed a change from the way in which I usually work. I wanted to be able to see exactly what was in the frame and therefore know beforehand what the photograph was going to be. I wanted to be in control of the image. But there was also another reason. People like the loud click clack the shutter makes when it opens and closes, validating the photo, letting them know that they are in the box and that the performance is over. I also enjoy the preparation ritual, the setting up of the tripod and camera, the choreography of people choosing their place and costumes as I check the light, and then, that satisfactory click clack.

The choice of colour was simple. From previous experience, when I send or take back photographs to those who wanted them, people are generally disappointed when they find themselves reproduced in black and white. They consider a real photograph to be in colour because reality, of course, is in colour.

I took my time. Patient and jovial, the Tajiks seemed to enjoy this photographic procedure which could take up to two to three hours to produce one image. The ceremony became part of the photograph, and if I was to take out a smaller camera I would be asked why I wasn’t taking a real photo. I felt better about the whole process. I no longer felt that I was subtly cheating people out of their image, snapping away, grabbing photos left right and centre. They could come and look in the viewfinder and check the frame in which they would be photographed. It was often, therefore, they who ultimately chose the image they wanted to convey of themselves. 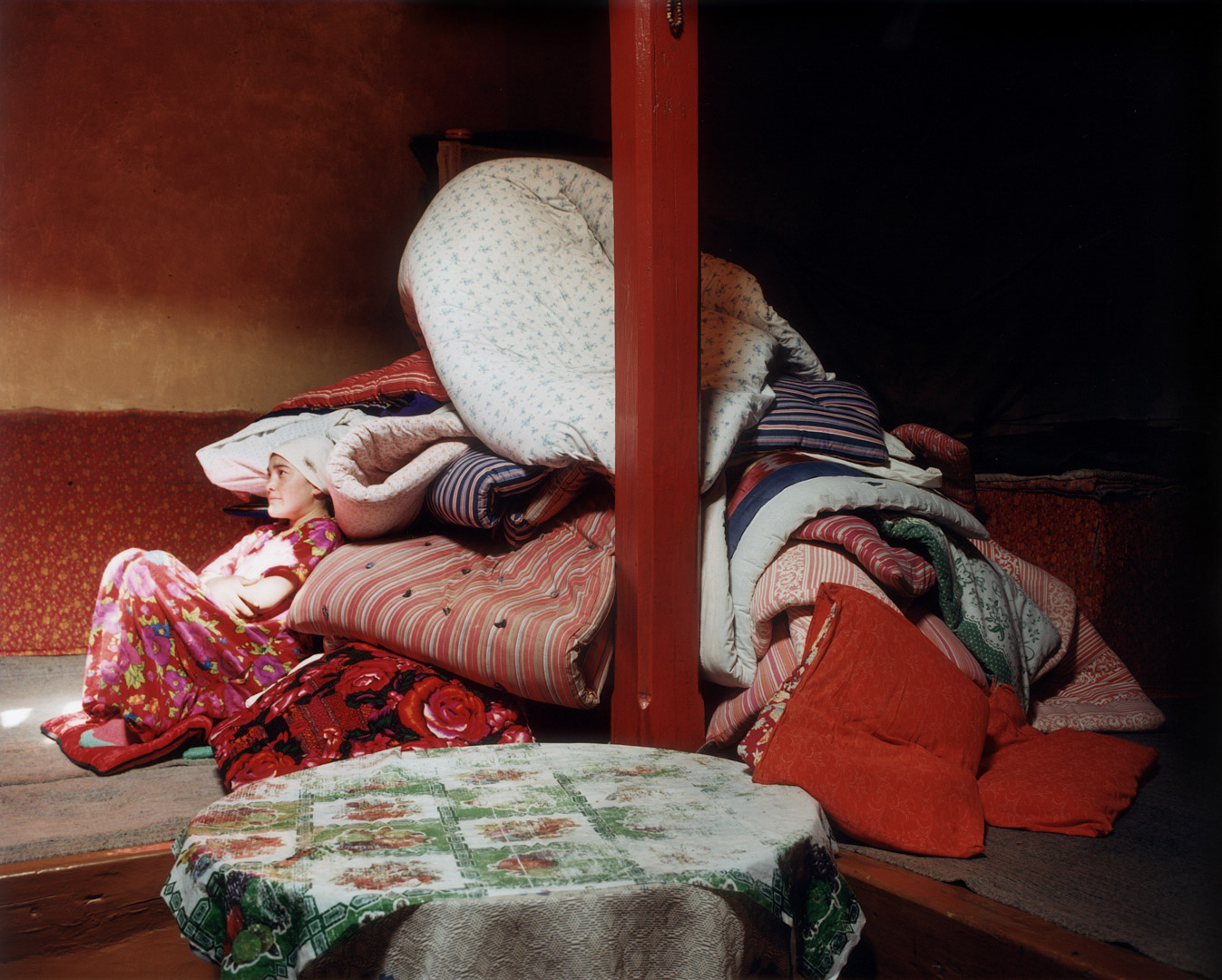 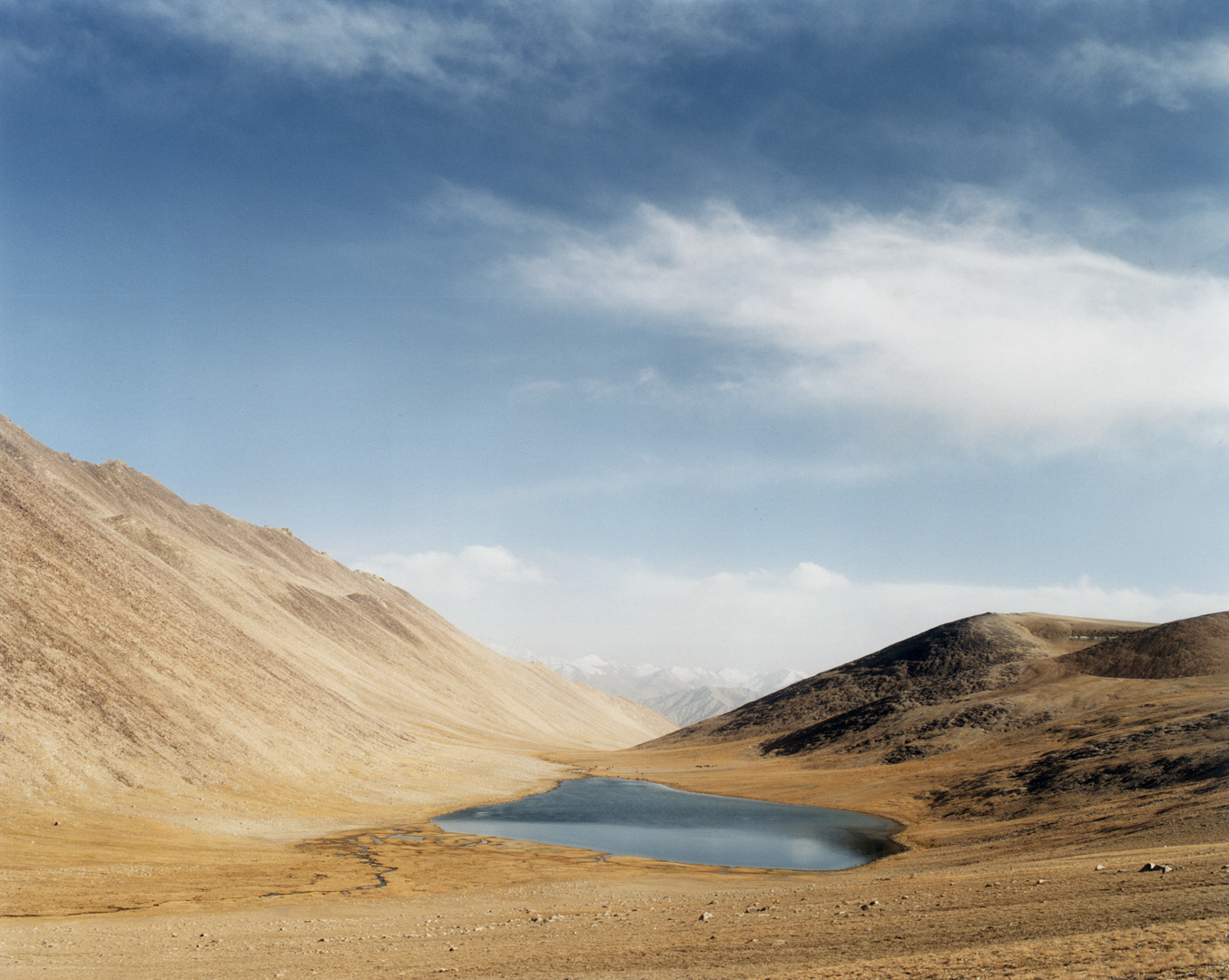 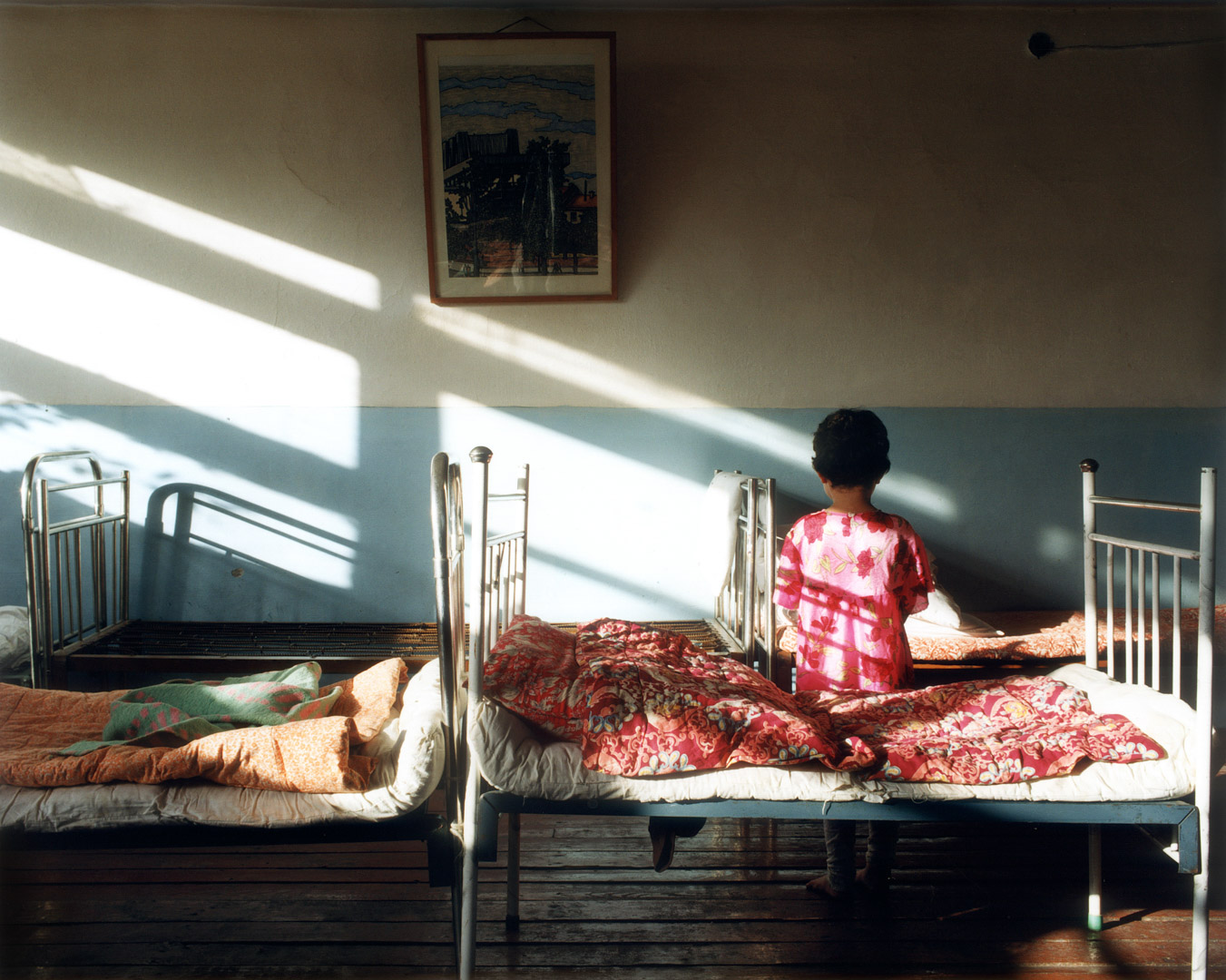 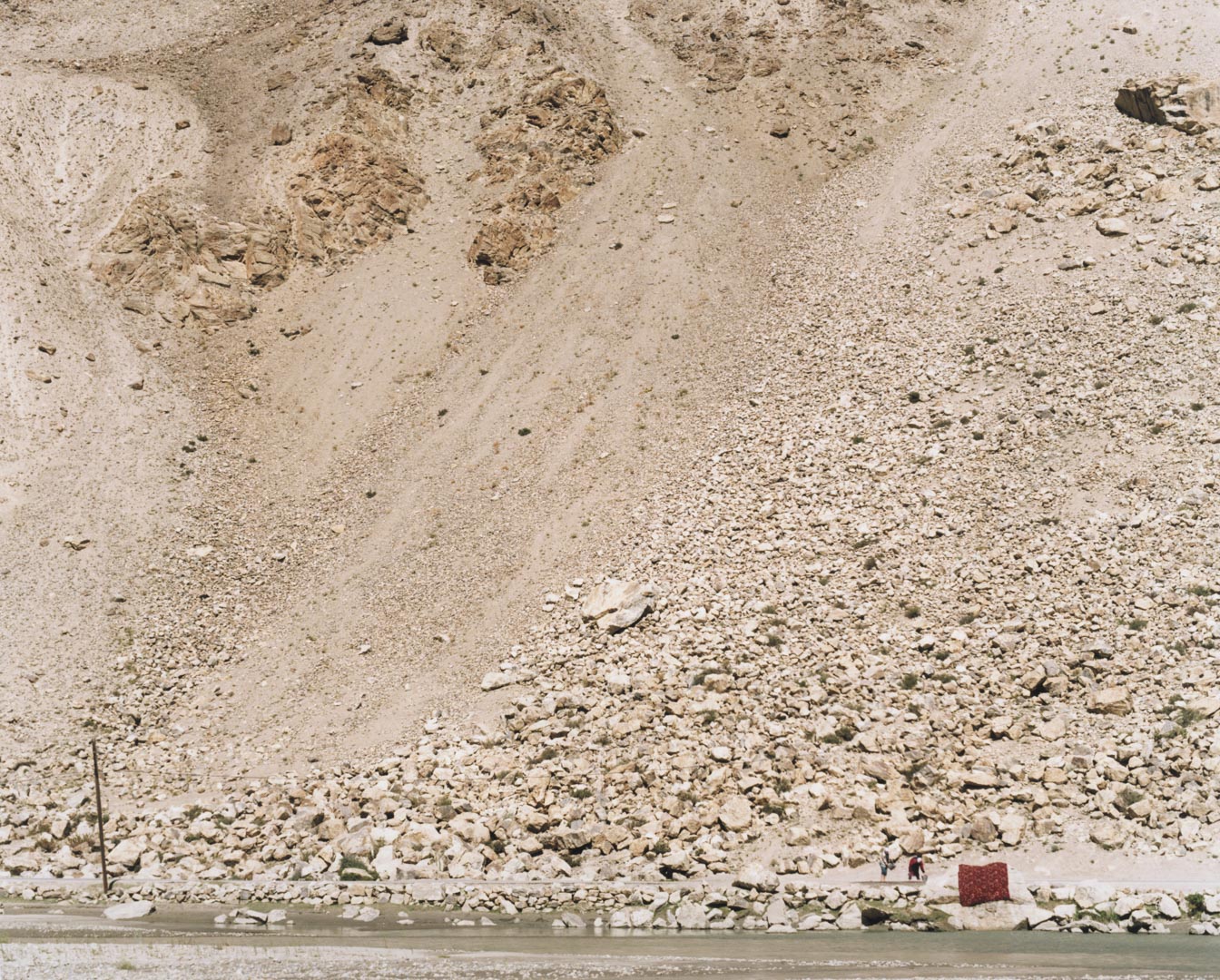 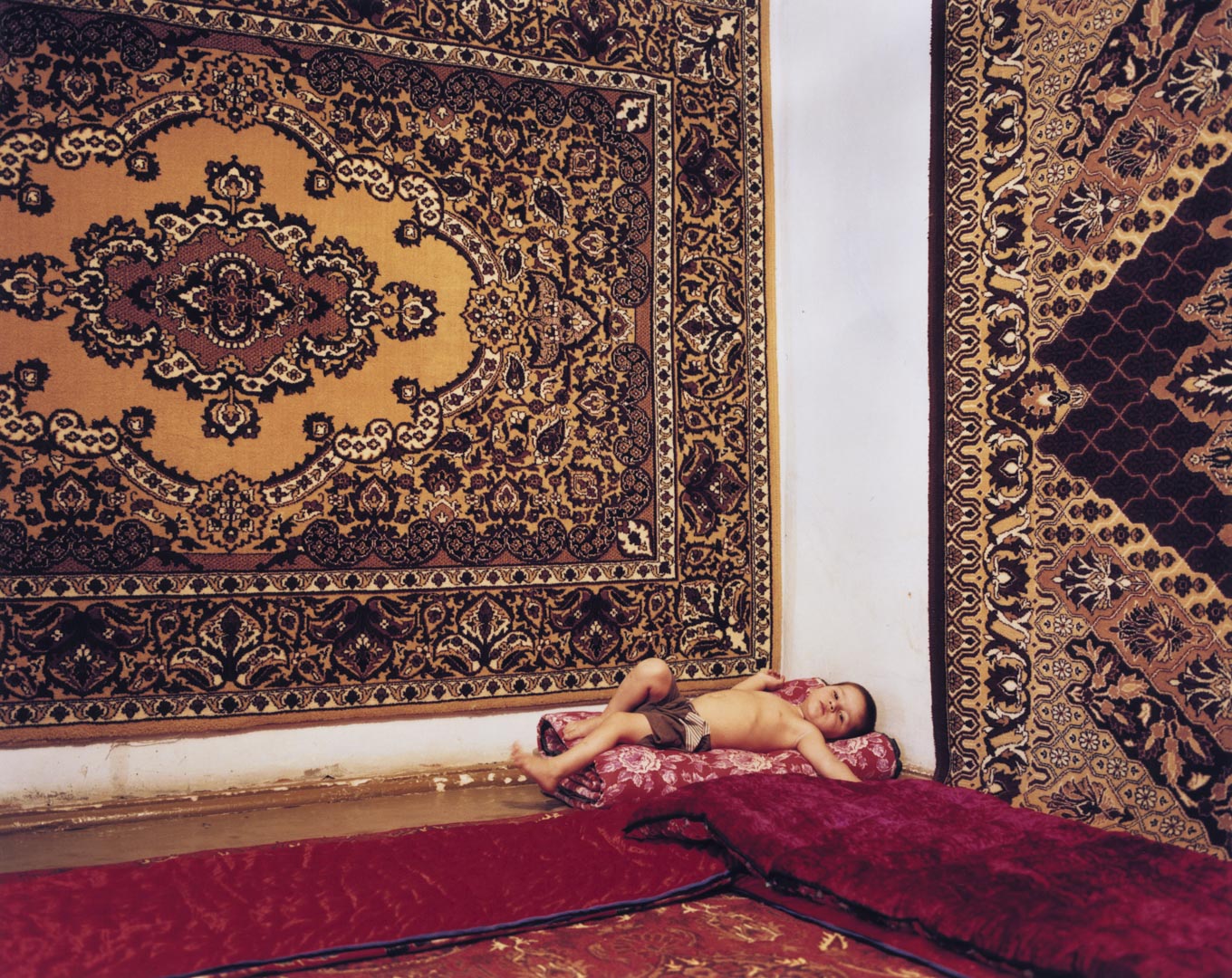 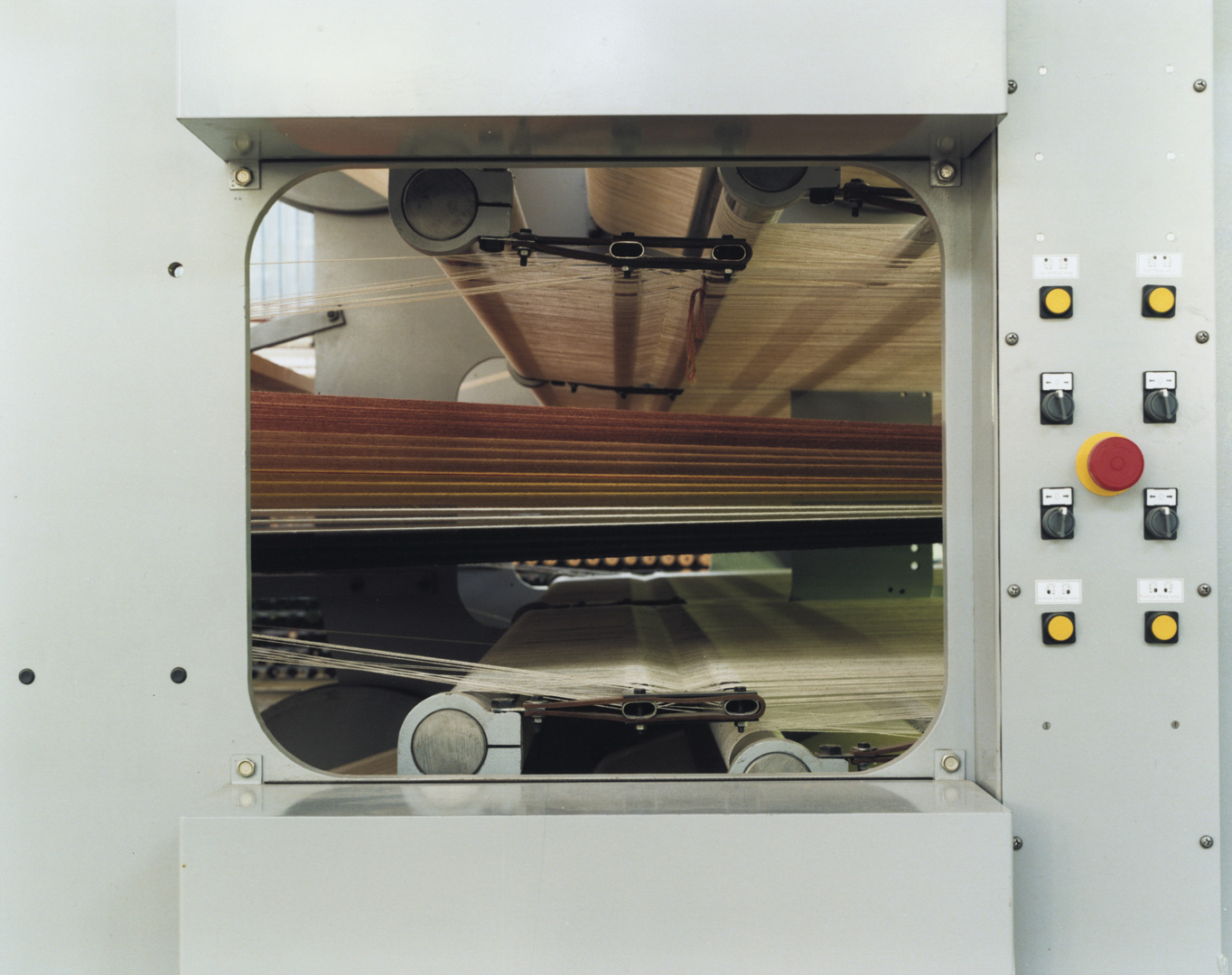 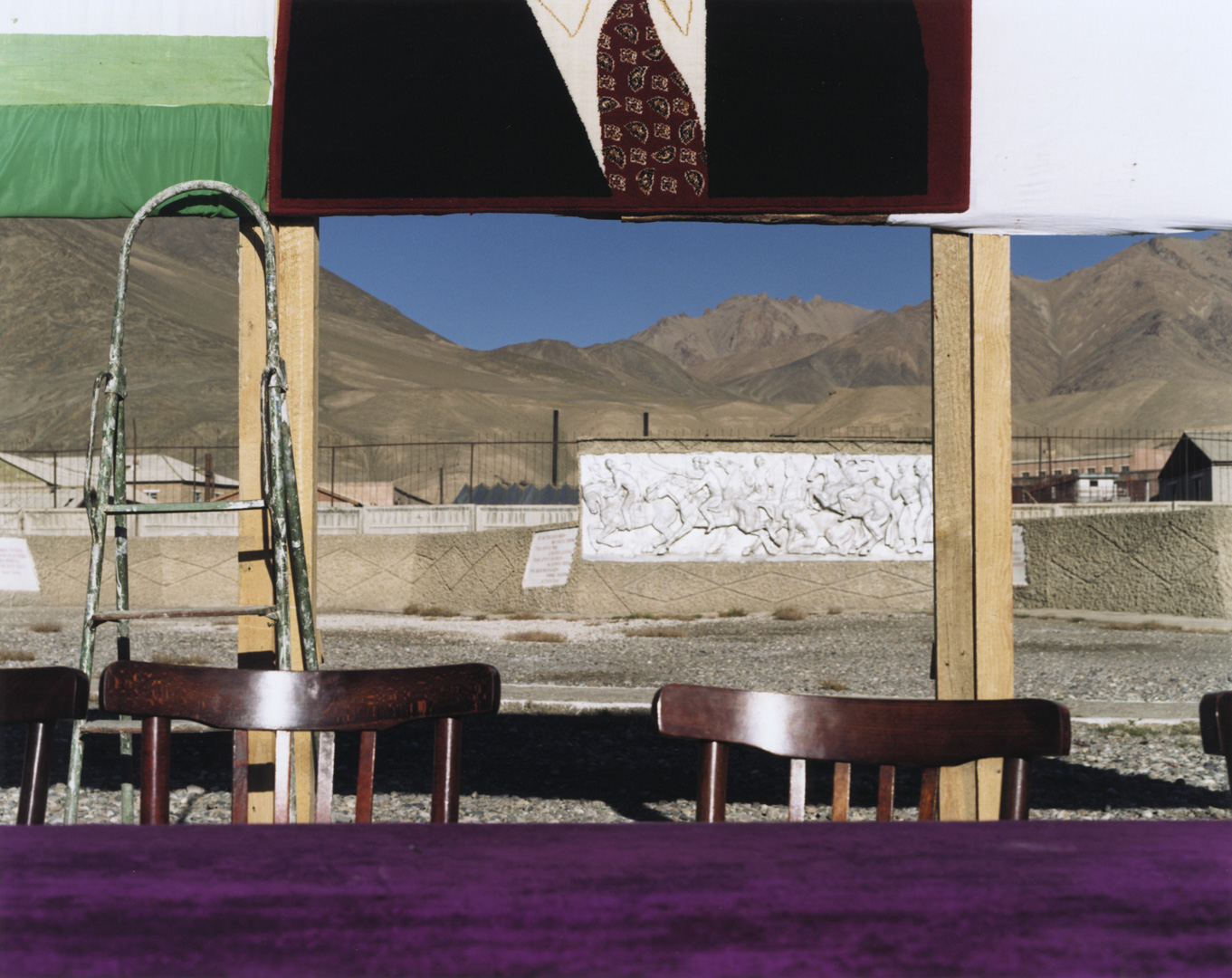 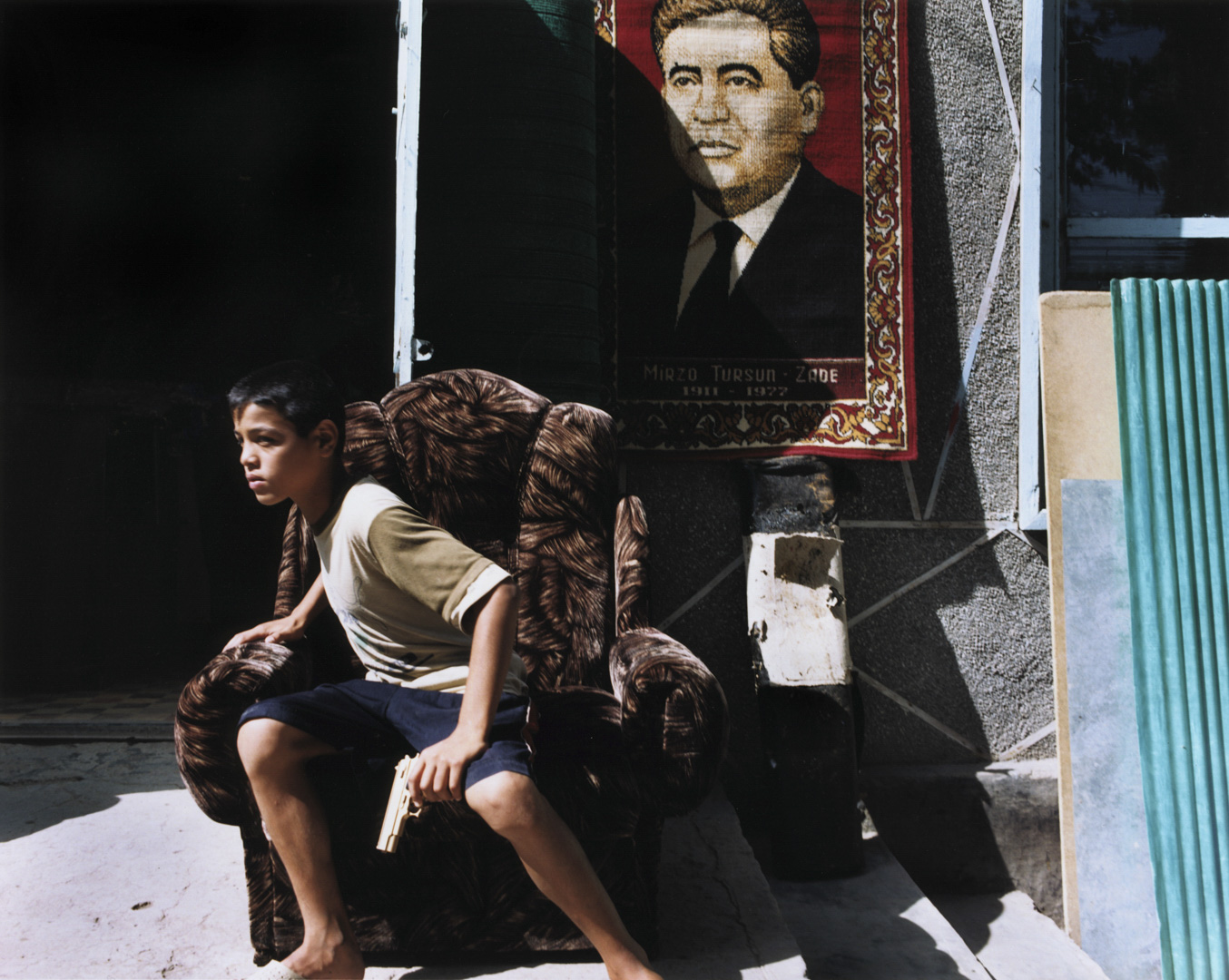 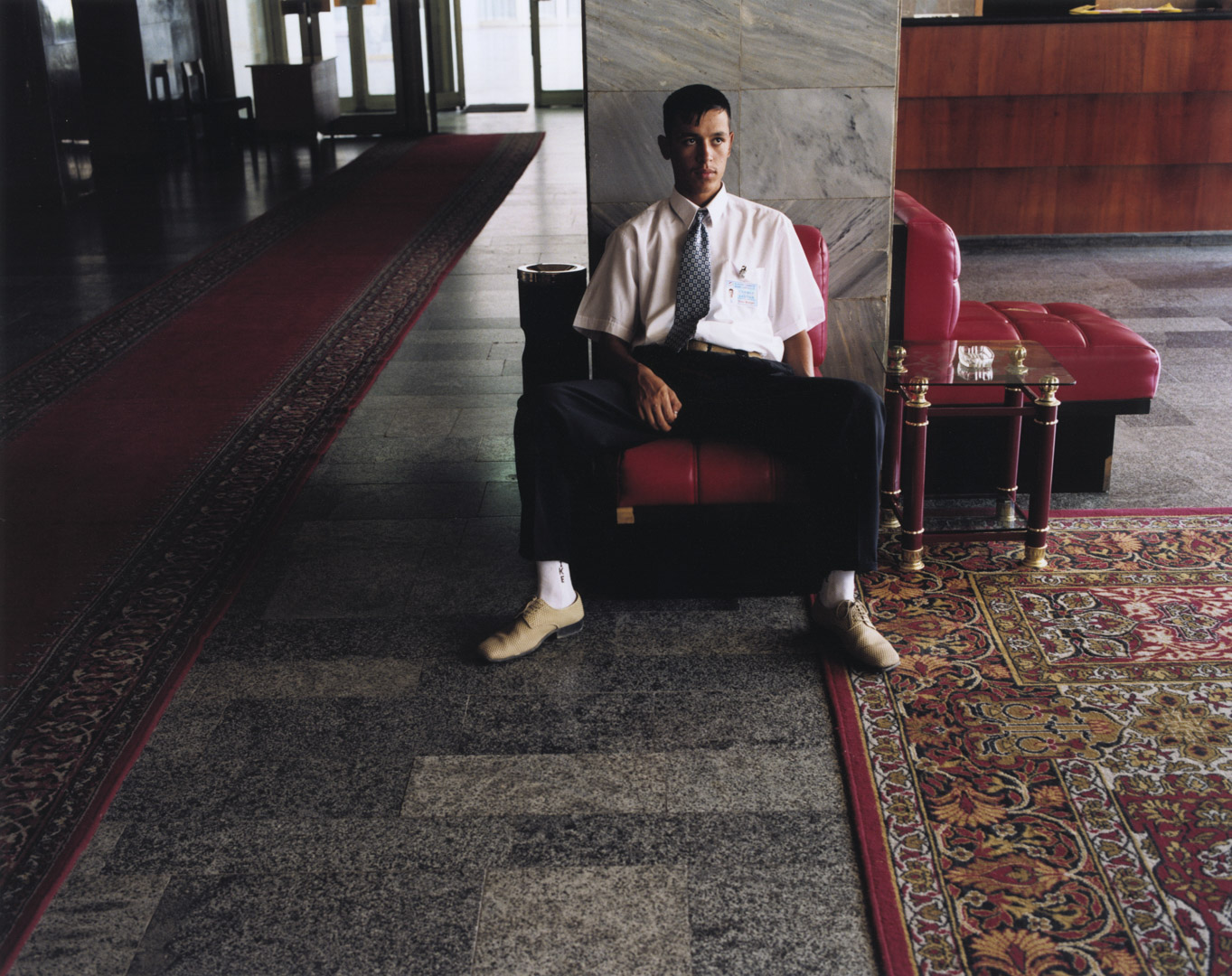 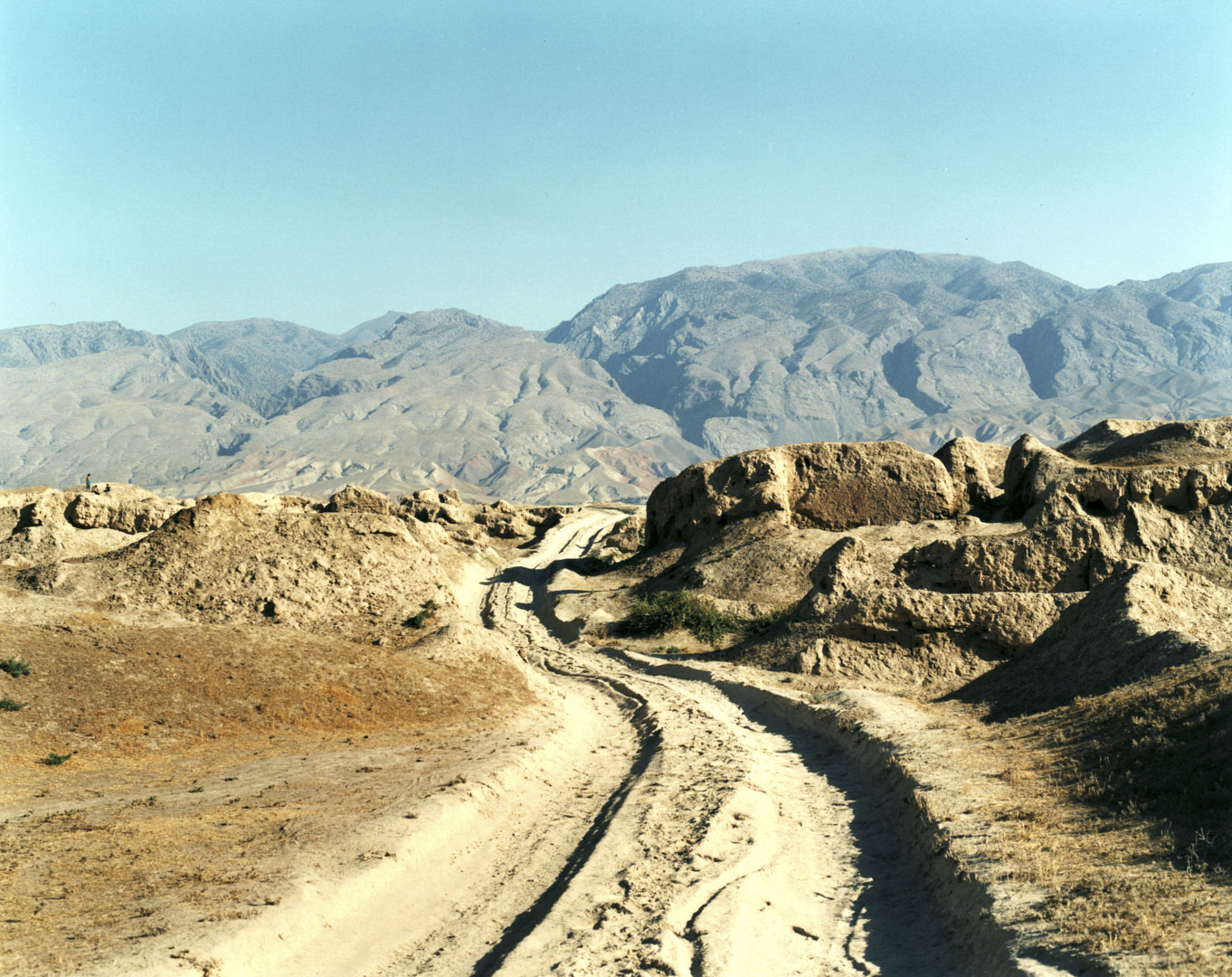 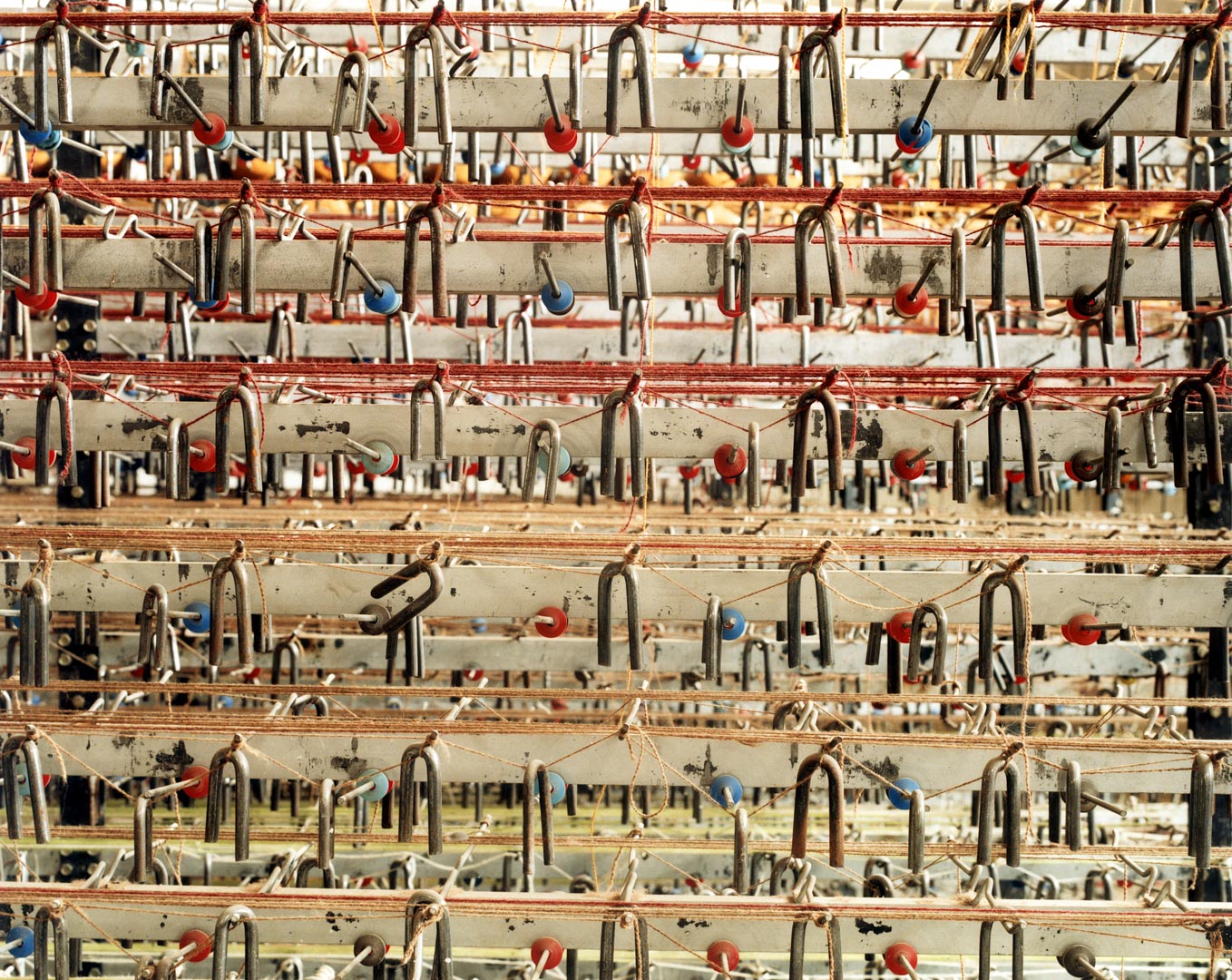 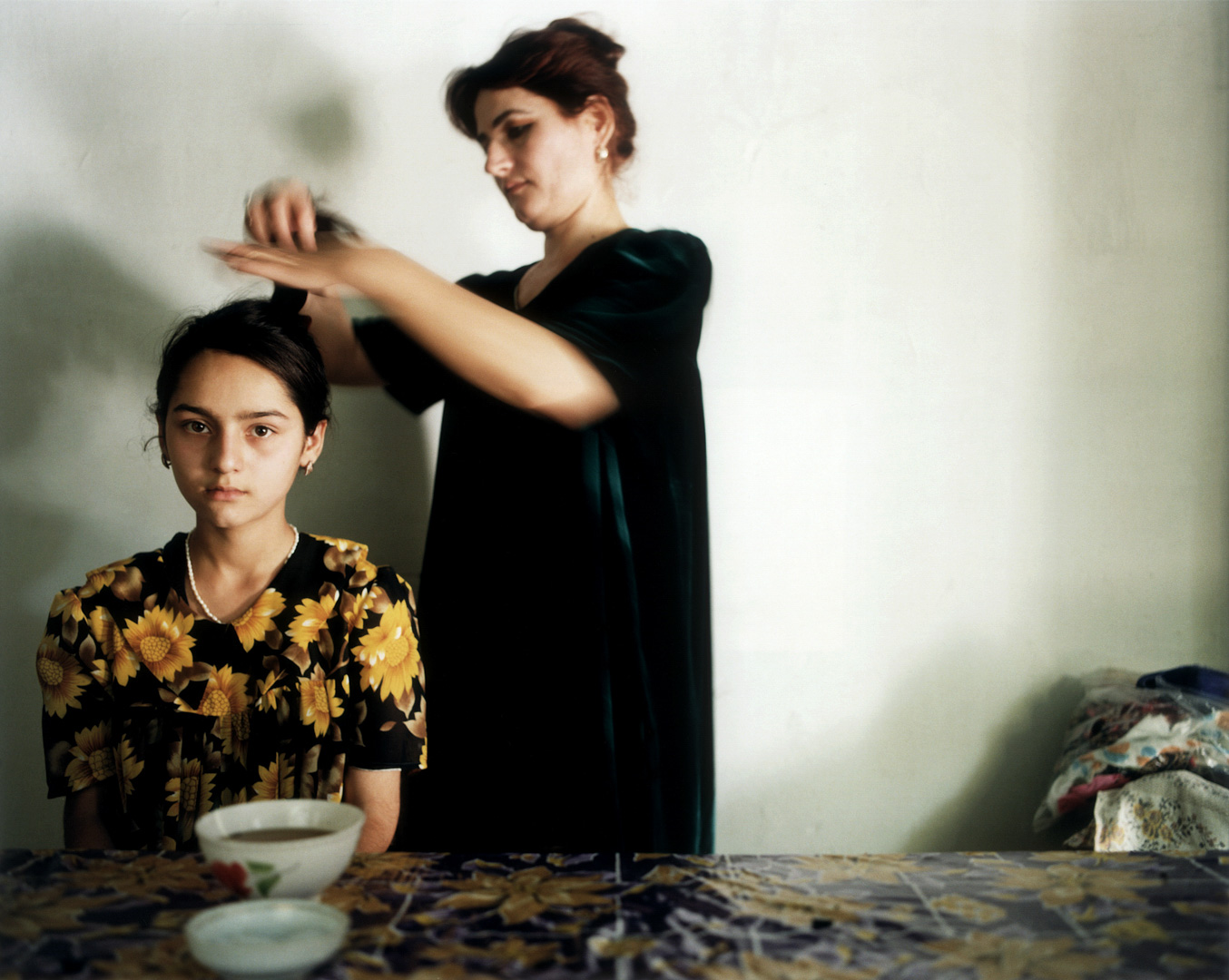