In a refugee camp on the outskirts of Khartoum, Pieter Ten Hoopen portrayed Sudanese patients and staff at a humanitarian clinic far from the constant conflict.

Since the 1960s, Sudan has hardly ever known peace. Following Southern Sudan’s declaration of independence in 2011, the situation has worsened, particularly in the new state. In Darfur, in the west, civilians are still threatened by the civil war that has been raging since 2003. Nearly 35 million people have fled the violence.

2.5 million have found refuge in camps on the outskirts of Khartoum. The Mayo refugee camp is one such camp. It houses more than 250 000 refugees, mostly from Southern Sudan or Darfur. Poor living conditions and overcrowding threaten the most fragile populations, and health is a major concern. A clinic was founded in 2005 by Emergency, an Italian medical NGO, to treat and monitor children in the camp. Every day, the doctors welcome and examine about 50 children. Many Sudanese are also employed there: administrative staff, doctor, cleaning man.

It is this human diversity that Pieter Ten Hoopen wanted to capture. Near the clinic, he has set up a temporary studio: patients waiting for treatment, children under treatment, managers and employees, … the studio offers them a break from the usual clichés and a different view of the reality of the camps. A white background, a strict light, serious and serene faces. A moment of dignity for the victims, a moment of honor for those who care for them. 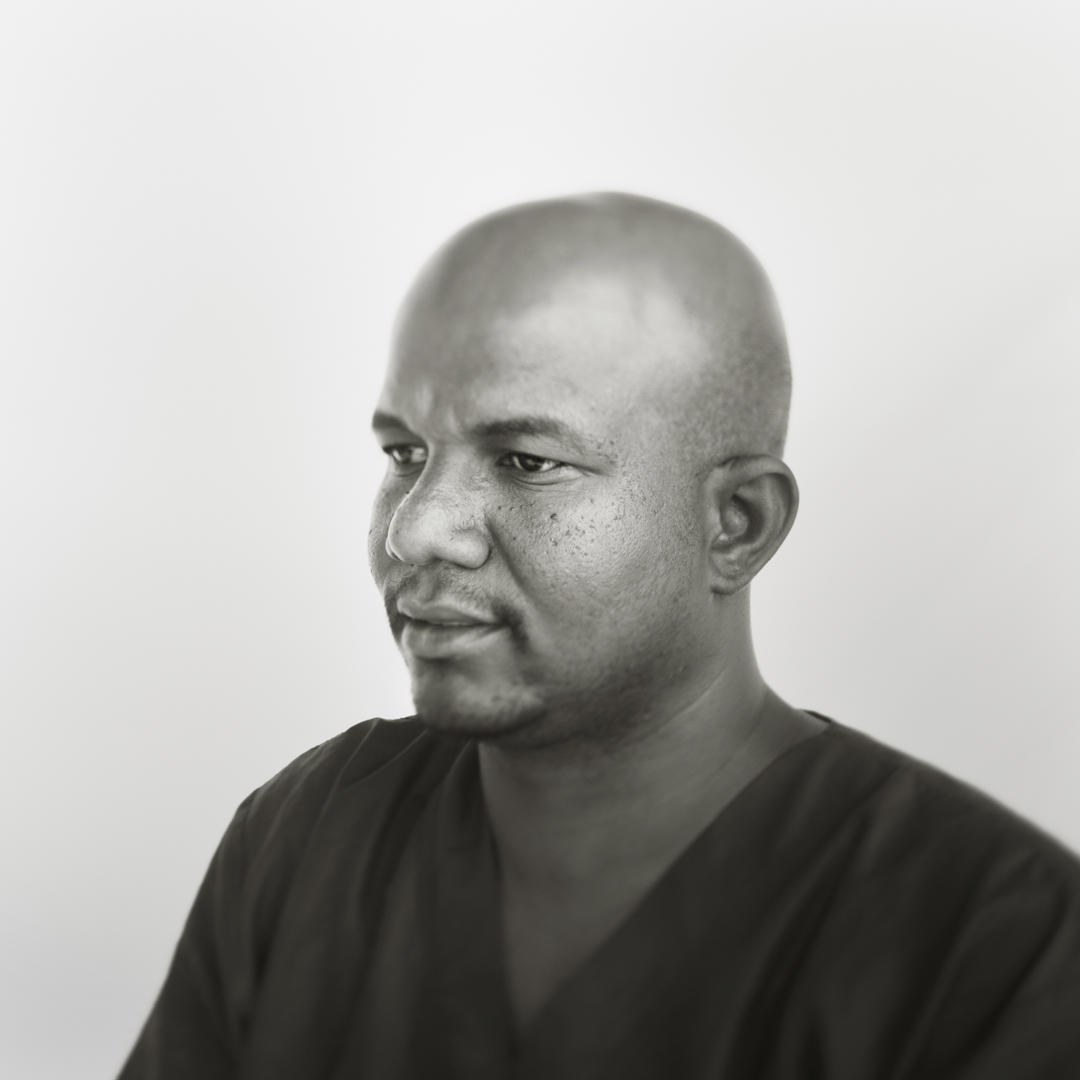 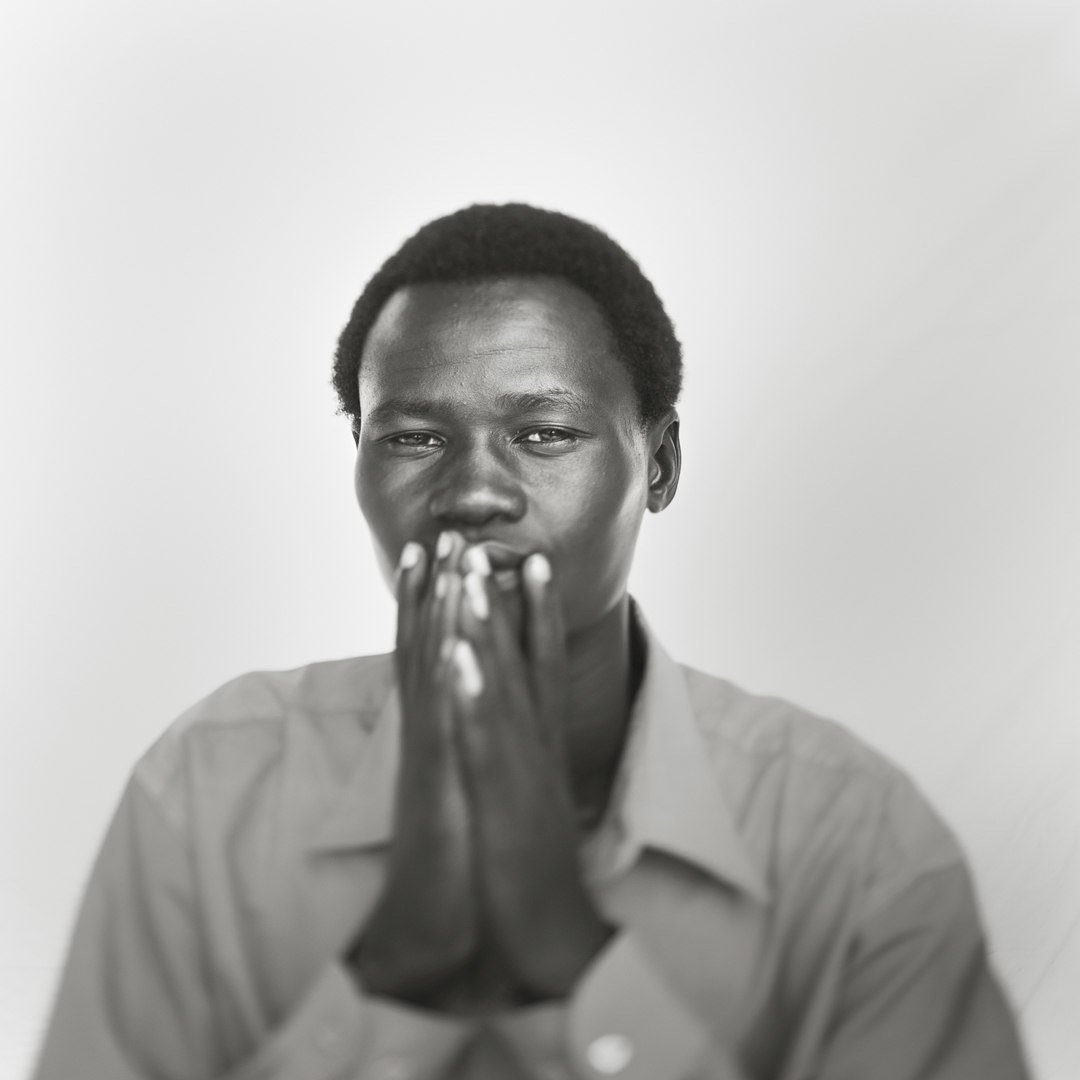 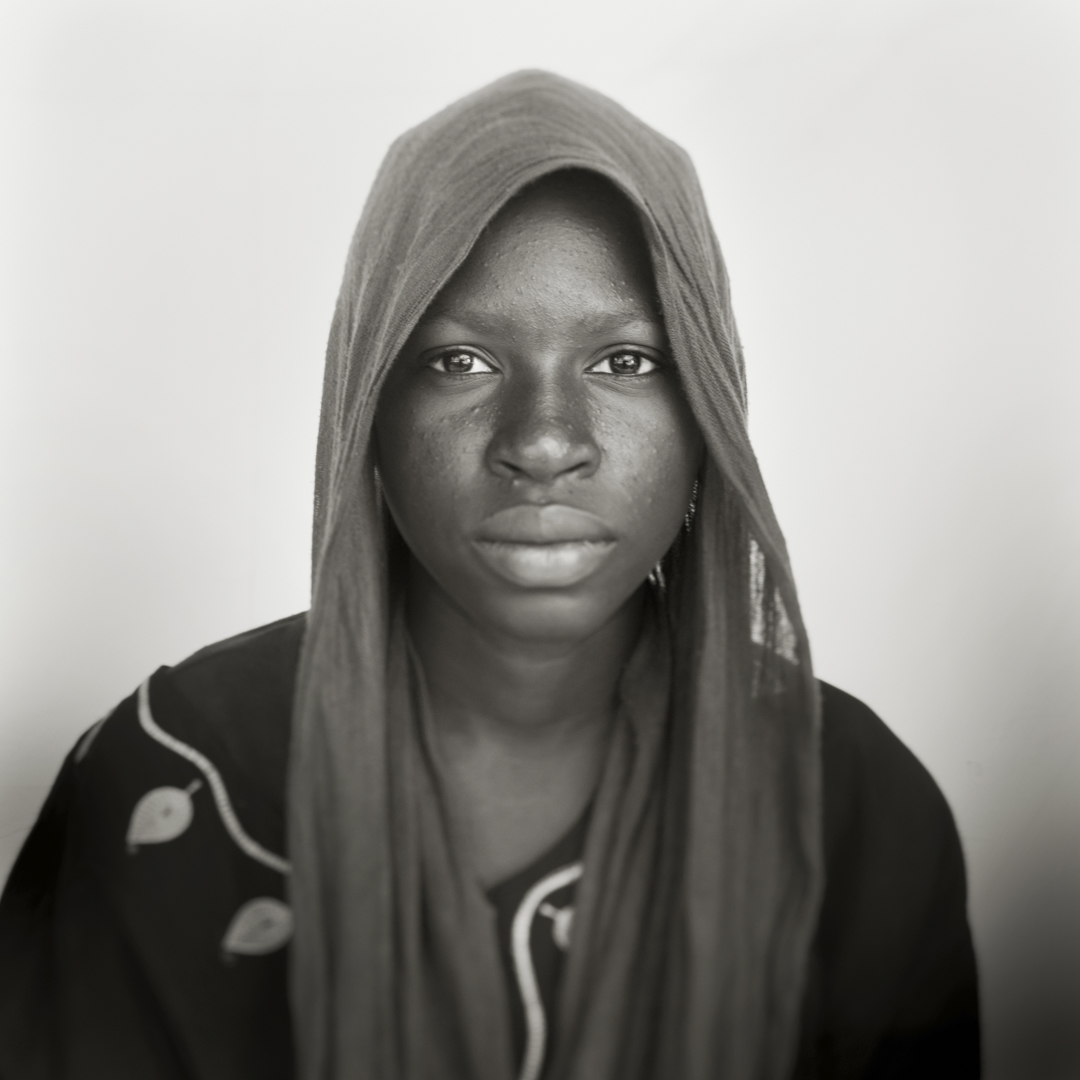