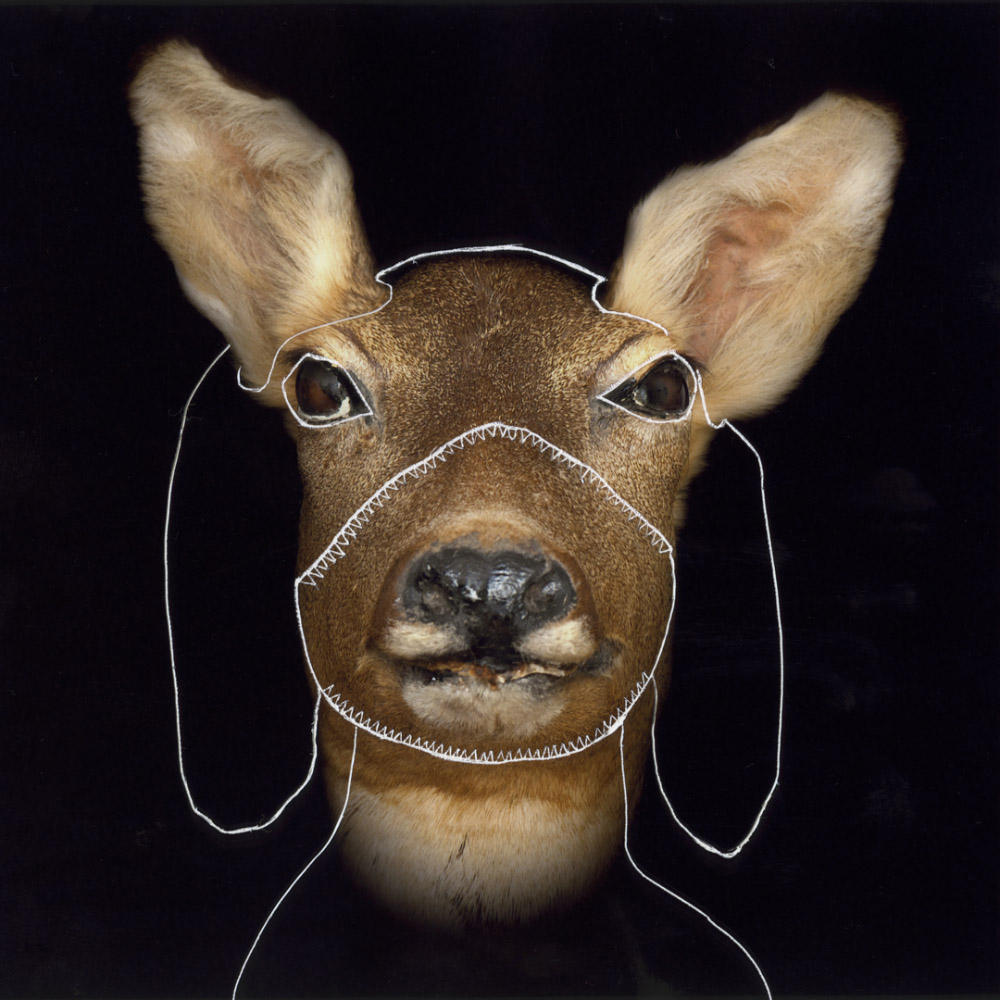 Magali Lambert brings back to life the disappeared.

Demiurge of a fantastic and poetic universe, she exhumes and pulls out of oblivion neglected objects to breathe life into them through the encounters she provokes. With her series of Wonders (Spain, Belgium, France) inspired by the cabinets of curiosity, she conspires improbable, buffoonish, beautiful or nightmarish machineries. However, it is not precious goods that she accumulates here, but ordinary objects, natural or industrial,
found in flea markets, in the street or rescued from the garbage. As a collector, she welcomes them, assembles them and photographs these unstable and precarious encounters.

As much a photographer as a draughtswoman or sculptor, Magali Lambert raises her portraits from faded taxidermy, from drawings that she engraves on the very surface of the print, drawing hybrid animal-lines, which play on coincidence like so many possible resurrections. With Les oiseaux disparus, she brings together naturalized birds, long hidden in the reserves of the Château de Dourdan museum, with the works on display – among which are many portraits – and turns into a taxidermist, creating sedimentary photographs, where time, space and death telescope, paralyzed in the image.

Through the hybridizations and encounters she imagines and stages, Magali Lambert shows us that things are never what we think they are or what they seem to be. Strangeness as well as beauty smoulder in the ordinary, beyond death itself, the world can constantly be reinvented.