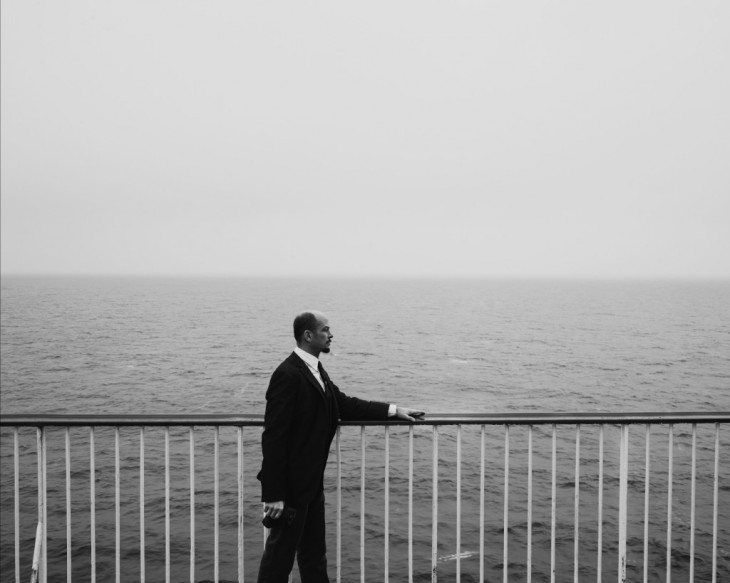 For its 2019 edition, the PHOTOLUX photography biennial explores the “New Worlds” and exhibits Davide Monteleone’s series “The April thesis”

In March 1917, Vladimir Ilych Ulyanov (Lenin), leader of the revolutionary Bolshevik Party left his exile in Zurich. Eight months later, he assumed leadership of 160 million people occupying one-sixth of the world’s inhabited surface. On April 9th, with the support of German authorities, at war with Russia at the time, he travelled back to his own country on a train across Germany, Sweden and Finland to reach Finland Station in St. Petersburg on April 16th where, after a decade in exile, he took the reins of the Russian Revolution.

One month before, Zar Nicholas II had been forced from power when Russian army troops joined a workers’ revolt in Petrograd, the Russian capital. In a bullet point document, known as The April Theses, Lenin called for the overthrow of the Provisional Government and outlines the strategy which, within seven months, will lead to the October Revolution and bring the Bolsheviks to power.

100 year later, Davide Monteleone created a chronology of two weeks of Lenin’s life just before the events that changed Russia and the entire world. In search of the original draft of The April Theses, Monteleone recreated and sometimes reenacted, on a real non-invented trip, Lenin’s epic journey inspired by the archival documents he found at the R.G.A.S.P.I. (Russian State Archive of Soviet Political History) and historical books including To Finland Station by Edmund Wilson and The Sealed Train by Michael Pearson.

The final work is a collection of contemporary landscapes, forensic archival photographs and staged self-portraits which retrace a journey in space and time.