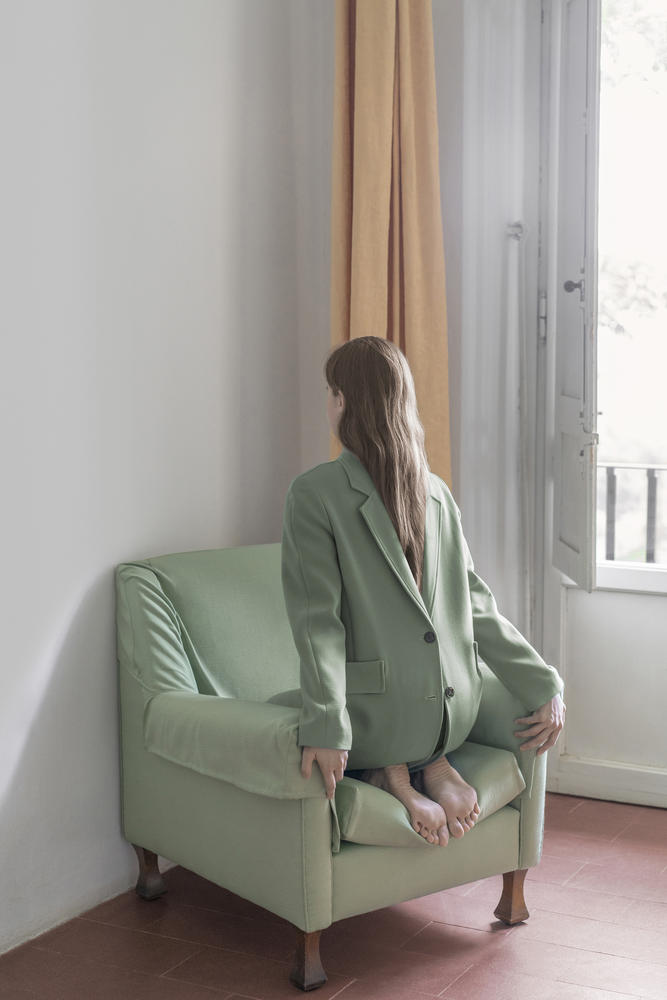 As part as its 2021/2022 programming on the theme of “Breaking the mould. Giving shape”, La Cité de l’image de Clervaux exhibits As Usual by Brooke DiDonato.

“Brooke DiDonato’s photographs tell of artistic subversion in a soft, bewitching tone. The photographer shows a seemingly peaceful and idyllic universe, a calming atmosphere dominated by 1950es aesthetics. The viewer can’t help being reminded of the American Dream, with the cosy home and well-tended garden reflected in her motifs. The cultural and domesticated landscape is depicted in carefully composed images. The chromatism is pleasing to the eye, the décor enticing, reminiscent of a mail order catalogue, inspiring a feeling of trust and safety. The viewer is left with the feeling that everything is as it should be – “as usual”.

But the mind notices a disturbance before the eyes do: each image contains a bizarre element, shows an imbalance, a staging that is slightly off. From this surrealist universe, danger seems inherent in every image. At the same time, it is not devoid of humour. This placid world, where life is measured at a moderate, human scale, is nothing but deception. The photographs quickly unveil a serious, a hidden dimension – or is it very obvious? The lie becomes apparent, resting on the absence of logic in the depicted elements, the meaning of familiar objects twisted, the laws of physics unhinged, habits manipulated, the presence of incomplete or uncanny silhouettes, and ultimately on our unfulfilled expectations.

Brooke DiDonato’s images take on a life of their own, outside the norm. They represent a familiar setting and use well-known pictorial codes, but it is just an illusion. The rupture is omnipresent and introduces the paradox. The photographs reveal their true nature in a very direct way: they are only images, illusions, a visual narrative.

Imagination can take any shape – even the most familiar. Played to perfection by DiDonato, this game does not pull the work down to the banal.” 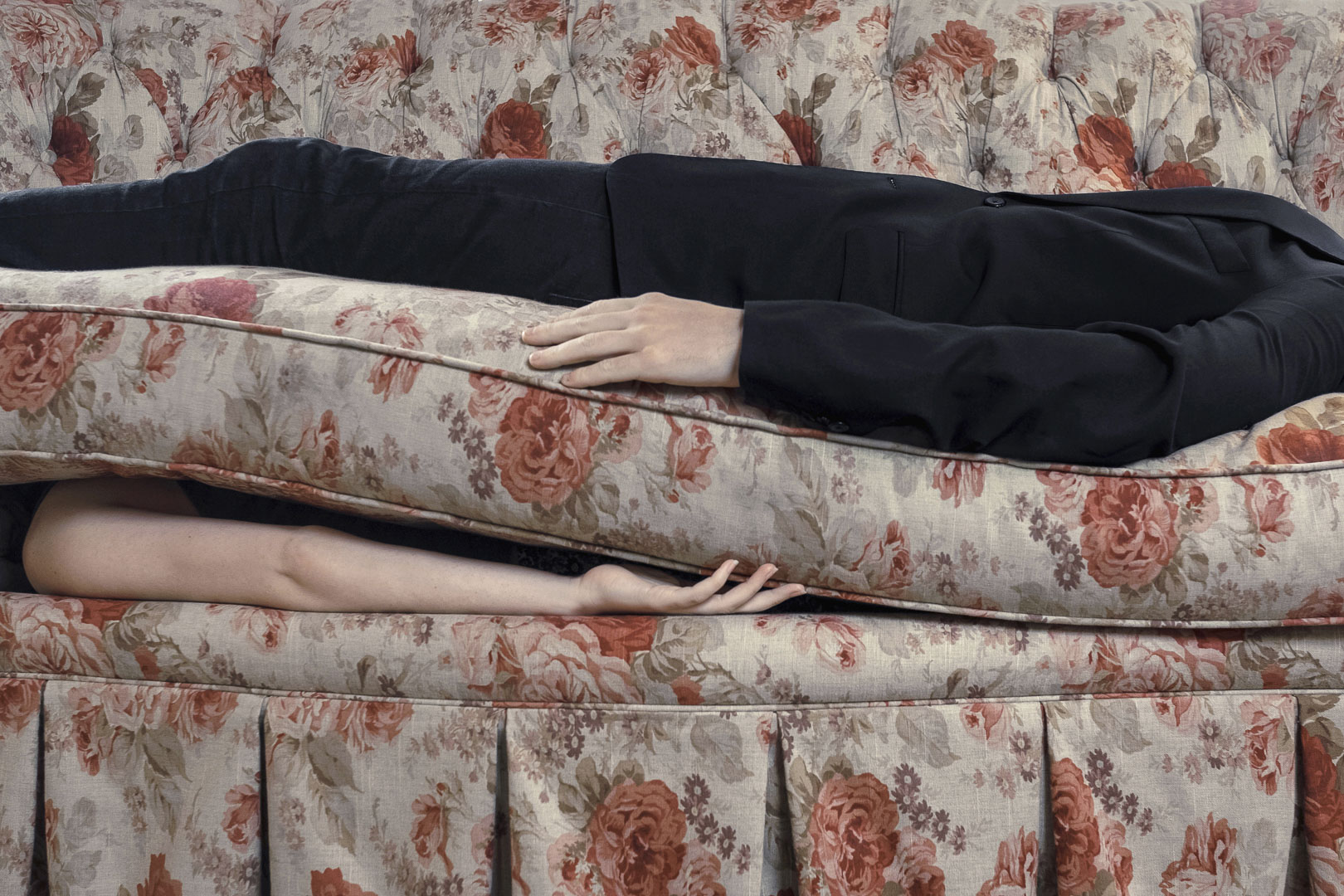 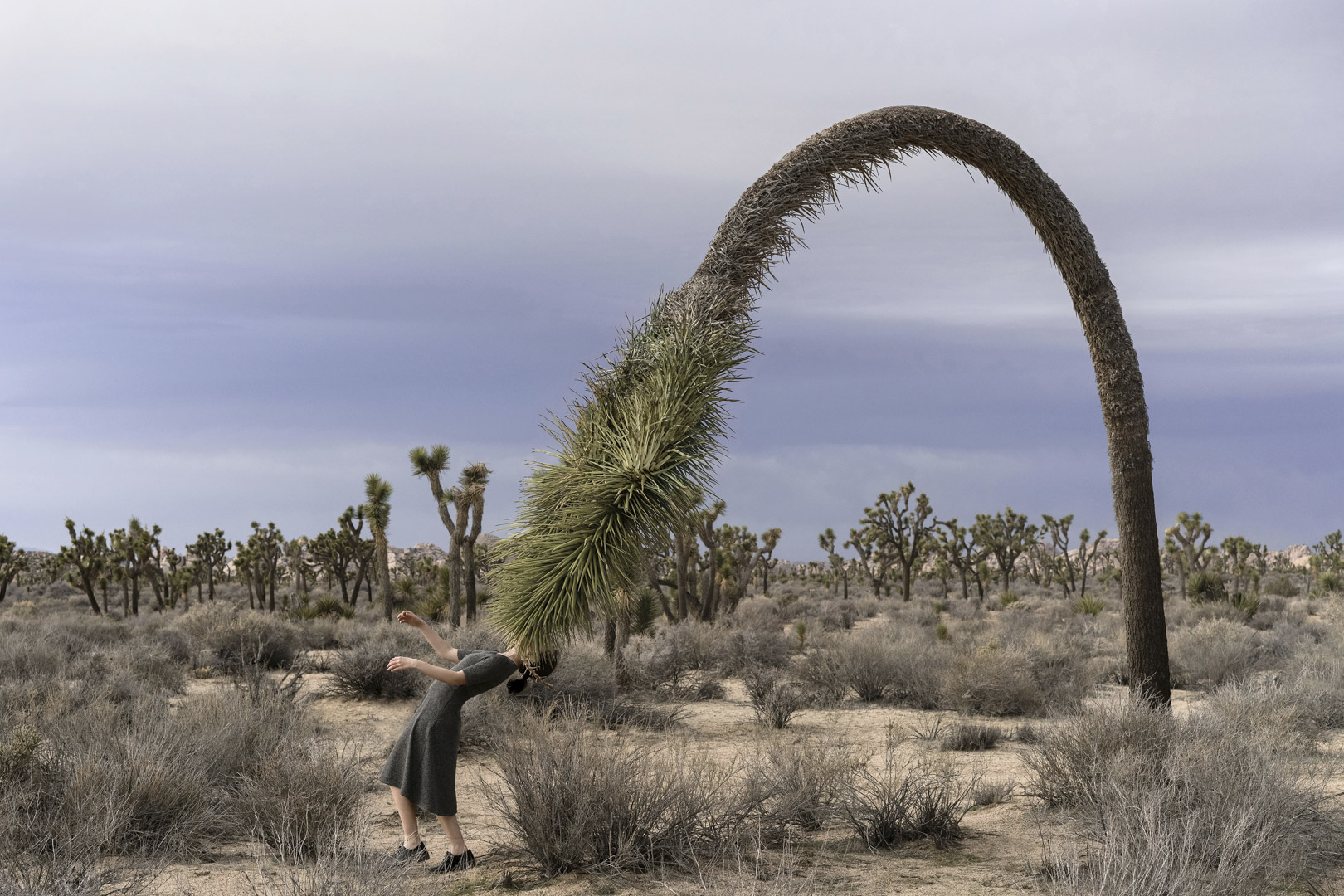