Ephemeral tatami on park lawns in the spring, summer umbrella for cereal in search of coolness, fall screen, cozy winter coat for bare trees … Nailed, roped, stowed, floating or glued, everywhere, in the city or in the country, its beautiful azure color enamels the landscape of the Japanese archipelago. The Japanese call it Ao Ba, “the blue leaf”. A nice name for a simple tarpaulin, a mass-produced plastic square that has the modest but very useful function of protecting and insulating surfaces and objects in a country where typhoons and earthquakes are as frequent as hailstorms. If there is nothing extraordinary about the fact that peasants, workers, picnickers or Sunday do-it-yourselfers tirelessly fold and unfold its impermeable surface according to the seasons and the work, on the other hand the result of these manipulations is most astonishing. Where others would have been content, for example, with quick devices for covering a building site or a haystack, the Japanese display impressive application and zeal, witnessing a permanent concern for harmony with the environment and, more broadly, an art of living that continually seeks in the accomplishment of something banal in itself, such as preparing and drinking tea, a high moral sense.
To detect this subtle expression of the Japanese soul through the life of a plastic tarp, no doubt an outside eye predisposed to this kind of poetic reading of the world was needed. Gifted with sensitivity and humour, the photographer Bertrand Desprez allowed himself to be surprised during his numerous trips to the Japanese archipelago by these astonishing blue traces, sometimes to the point of letting them guide his footsteps and directing his journey in unexpected directions.

A beautiful homage to the modest hands of peasants, workers, homeless people and small street vendors carrying out heavy and thankless tasks every day with a sense of aesthetics that seems innate. One is fascinated by the perfection, nobility and purity with which their hands have sometimes been able to smooth, bend, roll or rope this makeshift companion. This know-how is reminiscent of the traditional Japanese arts, from origami to ikebana and garden design, reflecting a relationship to the world based on the philosophy of the most significant religious currents of the Far East: Shinto, Taoism and Zen Buddhism. In all these “paths” of Japanese culture, where practice and purpose coincide, aesthetic enjoyment is obtained in the accomplishment of the act. The gestures participating in the unfolding of rites and traditions are opportunities to experience the highest behavioral values.

Among the noble materials that Japanese craftsmen work with, it is paper, a sacred material par excellence, that plastic sheeting most resembles. Flexible, strong and sometimes waterproof, it knows how to make itself useful while evoking Beauty. Whether it is an umbrella, packaging, clothing or games, paper is also folded in an infinite number of ways. And because it is above all a support for offerings and prayers, the craftsman who “raises” it must be honest in his work. A pure heart for a symbol of purity par excellence. From the white to the blue sheet, only the colour changes modulates the emotions. 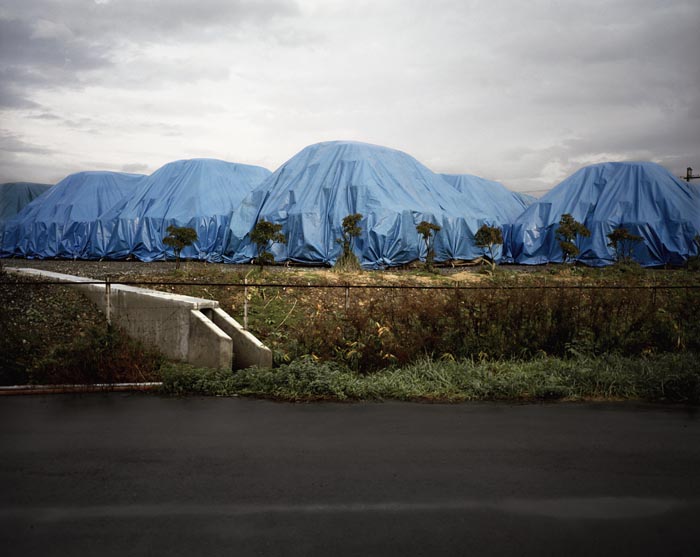 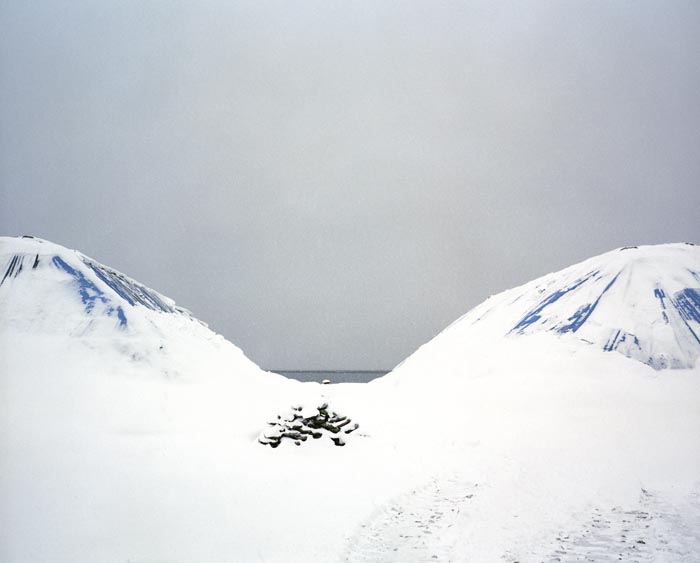 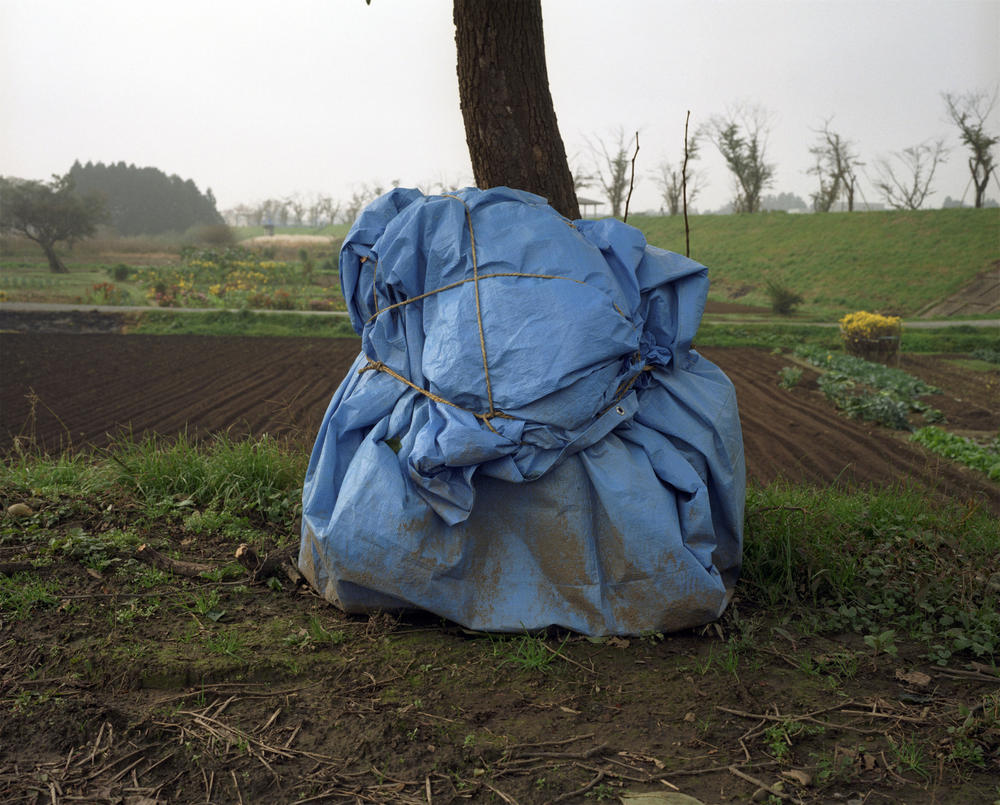 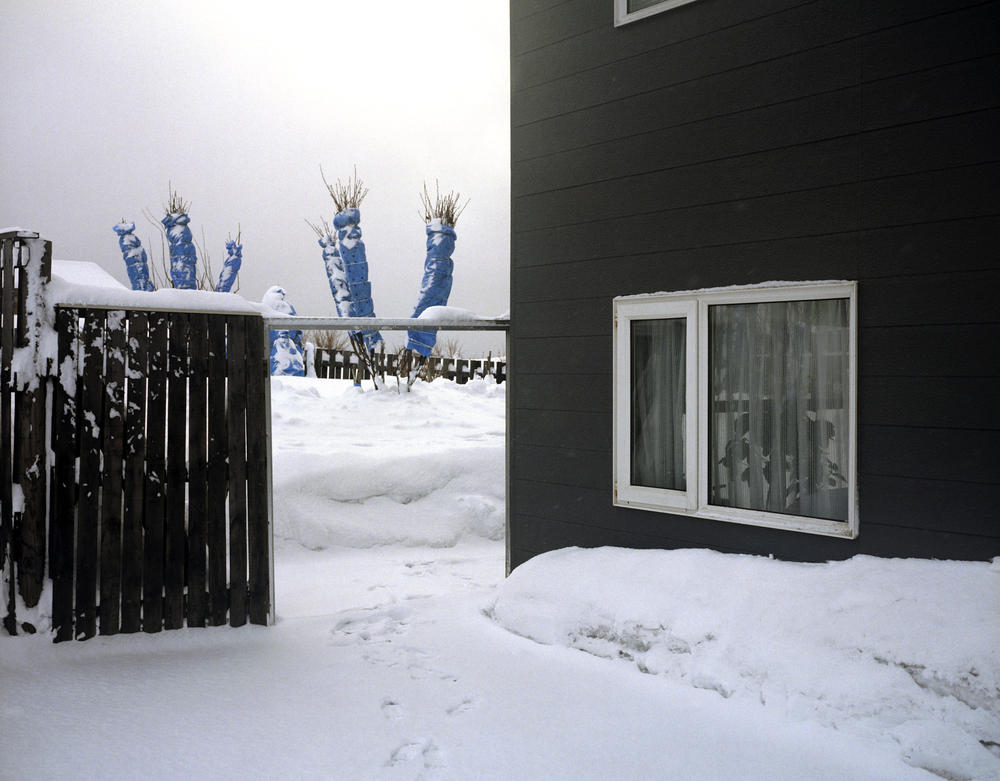 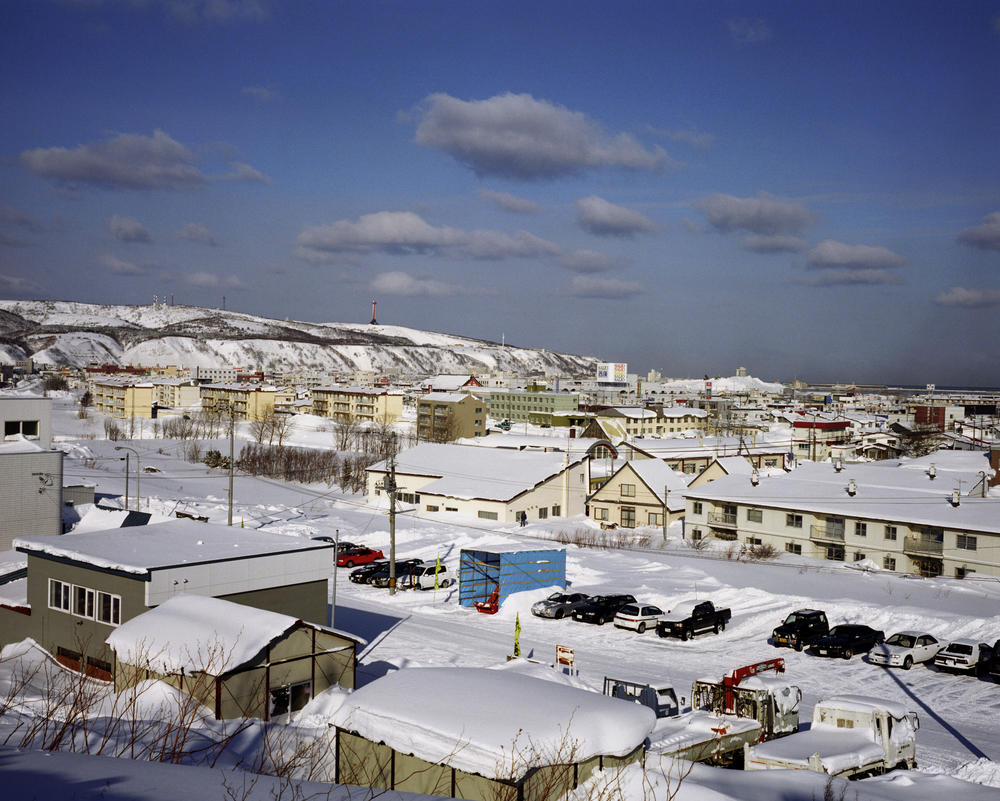 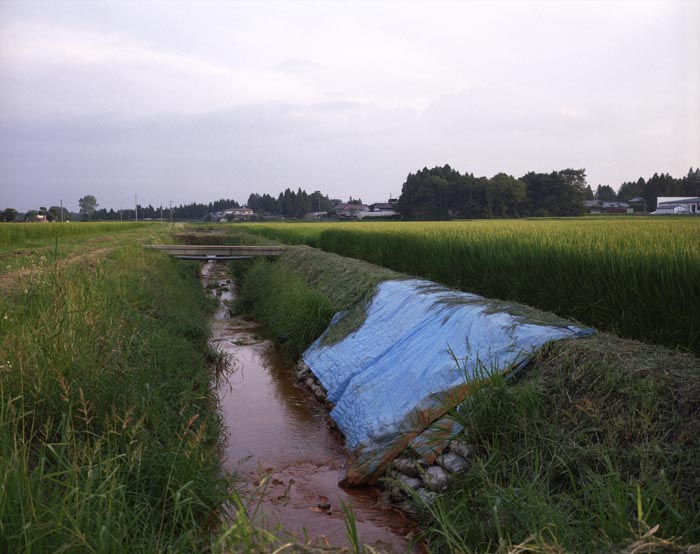 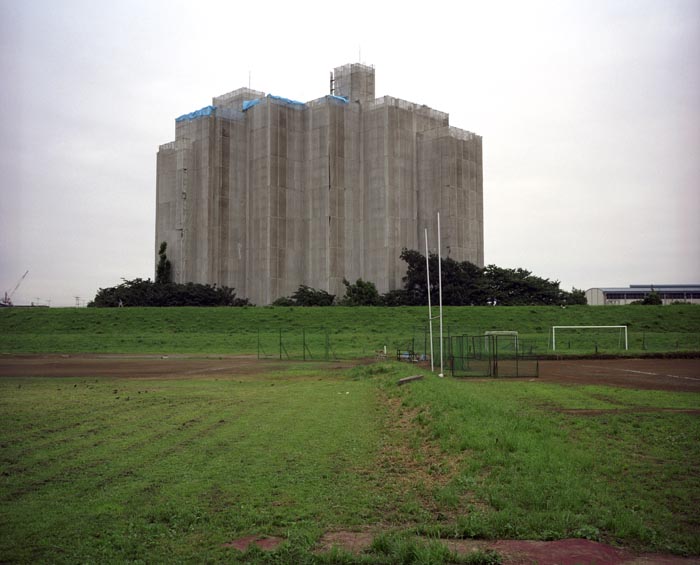 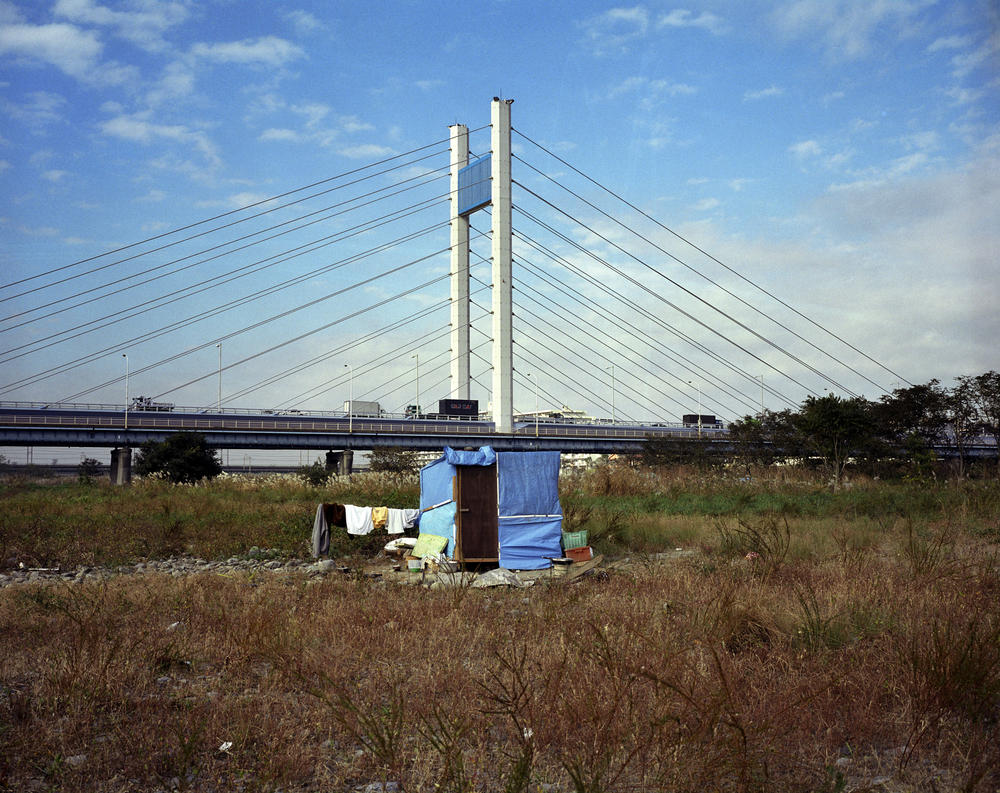 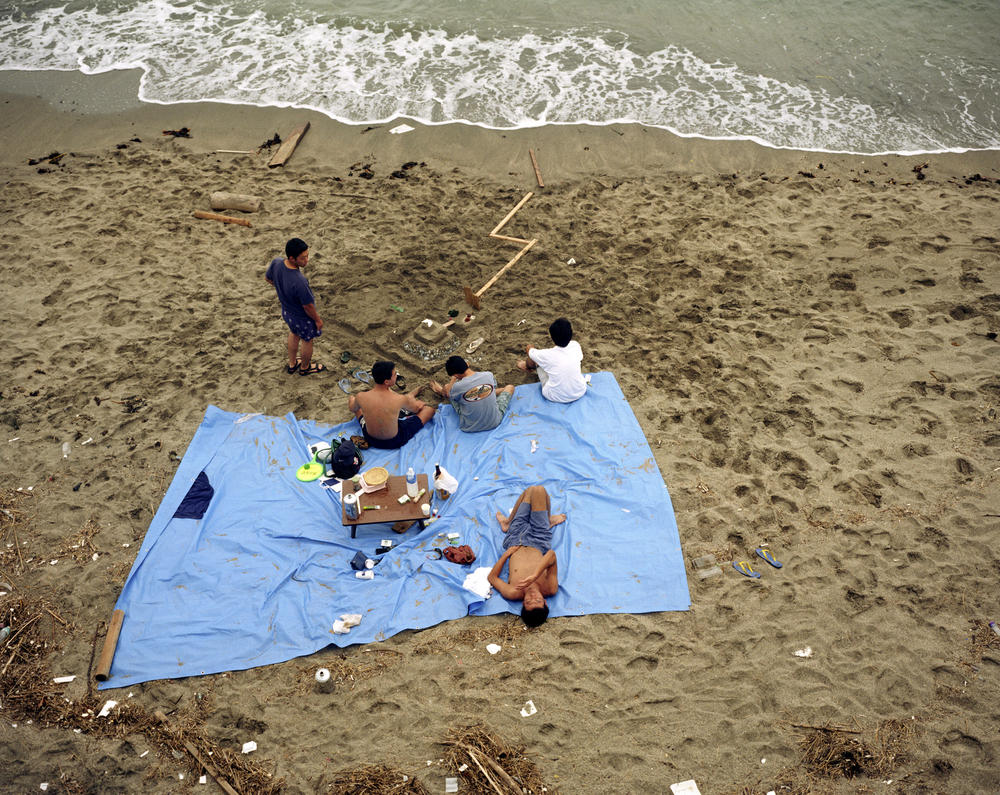