Graduated in 2010 from the Ecole des Gobelins, Maia Flore develops an artistic approach that is part of a search for coincidence between the real and the imaginary. “Maia Flore believes in the virtues of a photograph finally rid of raw reality. The real is of interest only when transfigured. With her person as a model, or rather as an acting subject, she enjoys staging improbable poetic and metaphorical situations.” (François Cheval).

It is in Sweden that she begins her first series of visual compositions, “Sleep Elevations“, which is presented as a journey suspended in childhood memories. Exploring new techniques of visual narration, her research continues in Finland, then at the Kala Art Institute in Berkeley, California. As a result, two series, “Situations” and “Morning Sculptures“, which continue to explore the poetic gap in which the photographer places both characters and viewers, inviting them to share a journey into a soft utopia. “I like to stay in an image, to have the feeling of letting myself be carried away. This is my approach: to create places of residence“.

Through experiences and travels, Maia Flore pursues and takes further her research on the relationship between body and space, but also between the evanescence of a sensation and its fixation through representation. « Questioning the feeling that the environment provokes on the body »  is a quest nourished by itinerancy and encounting with landscape in the series “Au lieu de ce monde“, or by transcription of the bodily sensations of movement (“A rose is a rose“, a video installation in collaboration with the choreographer Thibaud Le Maguer produced by Le Fresnoy – Studio national des arts contemporains).

In parallel to her personal work, Maia Flore puts her gaze at the service of the press, notably for the American slow lifestyle magazine Kinfolk, and institutions or companies, mainly cultural, fashion and luxury goods. In 2013, as part of a Carte Blanche from Atout France and the Institut Français, she will be showcasing French heritage in a lively and contemporary way through her dreamlike universe with the series “Imagine France – Le voyage fantastique” which will be exhibited around the world. This will be followed by several other institutional collaborations – photographic and/or video – on French territory such as “By the sea” (Atout France), “PlayGround” (La Grande Motte Tourist Office), “L’Enchantement va de soi” (City of Deauville), or “D’îles en Lune“, a creative residency with the poet Albane Gellé on the “dreamed territory” of Saint-Malo (Association l’Art à l’Ouest).

Winner of the HSBC Prize for Photography in 2015, her photographs are regularly exhibited in France and abroad and have been included in prestigious collections such as those of the Arthothèque de Rome, the Musée Nicéphore Niépce, the Fondation de France, the Paris Opera and the Mairie de Deauville. 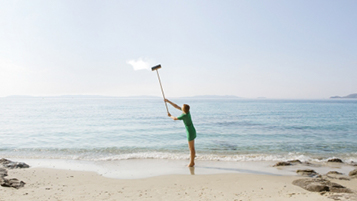 Invited in residence in Deauville in June 2016, Maïa Flore has produced an original photographic series that will be exhibited in the autumn, as part of the Planche(s) Contact 2016 festival. 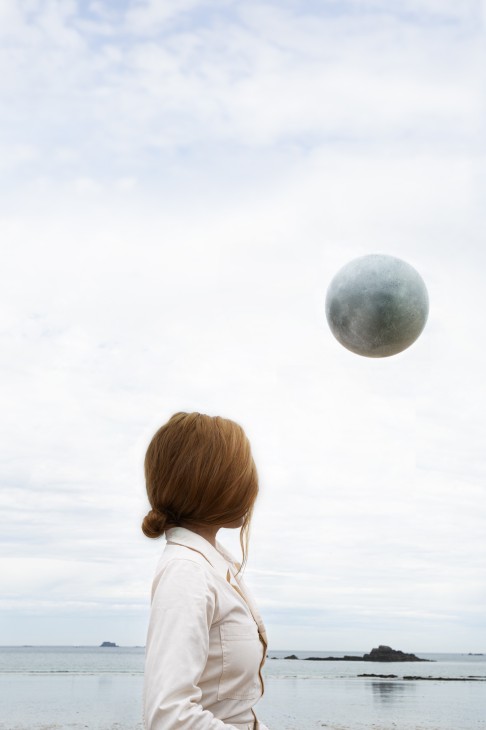